Skip to content
21.10.2020
Russian press
MOSCOW, September 5 (Itar-Tass) – RIA Novosti. Russia expects that agreements with Pyongyang on economic projects will facilitate the implementation of projects and in a trilateral format between the DPRK, Russia and South Korea, said Deputy Foreign Minister Igor Morgulov. 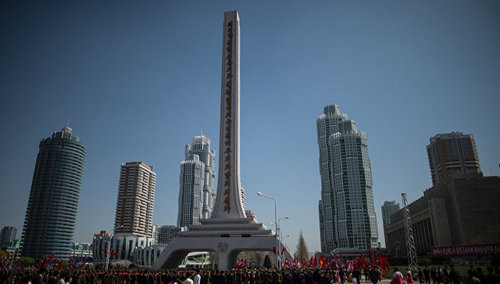 “We have an active committee on trade, economic and scientific and technical cooperation, in March it held its regular meeting, the eighth in a row, and we expect that the agreements that were reached at this meeting will be actively implemented and will facilitate the implementation joint projects, including in a trilateral format, “Morgulov said at a solemn reception on the occasion of the 70th anniversary of the founding of the DPRK.

“I met twice with Chairman Kim Jong-no, he has a great desire to stop ideological confrontation and turn North Korea into a normal country.” If President Kim keeps his promise of denuclearization, he can lead his country to prosperity, “he said in Singapore, where he is on a visit. 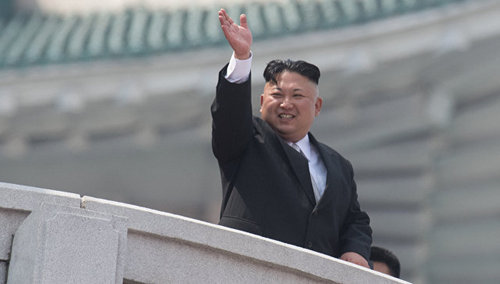 On the eve it became known that the North Korean leader wrote a letter to Donald Trump. The American leader published a message on his Twitter. Kim Jong-un expressed his hope for deepening the negotiation process and moving to real action.

At the same time, the head of the US Treasury, Stephen Mnuchin, said that his agency does not have plans to lift sanctions from North Korea.

“There are no plans for exemption from sanctions against the DPRK, they are very effective, I will not speculate on what North Korea can do (for the lifting of US sanctions – Ed.) And what not.” But do not believe what is written in the press, ” Said Mnuchin.

Through the efforts of the whole world

The UN Secretary General Antonio Guterres highly appraised the prospects of the dialogue on nuclear disarmament of North Korea that has begun. The head of the world organization noted that the process that was started is waiting for “ups and downs”, but all the countries of the region should help in reaching an agreement.

China also noted positive changes around the situation on the Korean peninsula. Deputy Foreign Minister Kun Xuanwu told reporters that China is ready “to jointly support the maintenance of peace and stability on the Korean Peninsula and to promote the peaceful settlement of the nuclear problem.”In the coming weekend to Moscow at the invitation of FIFA for participation in the closing ceremony of the World Cup on football should come to the Vice Premier of the DPRK Li Ren Nam. But, as a diplomatic source told RIA Novosti, there is no formal negotiation on the North Korean settlement issue.

The first summit in the history of the United States and North Korea, at which US President Donald Trump met and North Korean leader Kim Jong-un, was held June 12 in Singapore. Following the meeting, Trump said he had signed a “detailed” document with the DPRK, and stressed that the process of denuclearization of the Korean peninsula would begin “very quickly.” Later, the United States and North Korea agreed to set up working groups to check the course of the denuclearization of the Korean peninsula.However, in reality the so-called Singapore Declaration does not contain clear deadlines and parameters for nuclear disarmament for the DPRK. In May, the authorities blasted three of the four tunnels at the Pyungery test site, where nuclear tests were conducted, but this decision was made before the summit in good faith.

What led to the negotiations

In autumn last year, Pyongyang announced the next successful test of a hydrogen warhead, which is designed to equip intercontinental ballistic missiles. And shortly before that, the DPRK tested a ballistic missile that flew across the territory of Japan.After that, the UN Security Council unanimously introduced new sanctions against Pyongyang, severely limiting North Korea’s export and import capabilities. Resolution 2375 established the strictest UN sanctions regime in the 21st century.

A humorist will destroy the current president with uncomfortable questions