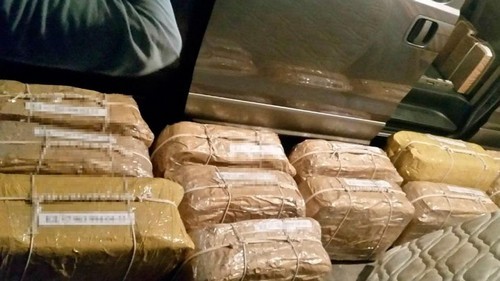 Six people, including a former Russian diplomat and an Argentinian police officer, have been arrested following an investigation into cocaine smuggling through the Russian Embassy in Buenos Aires.

The arrests were the result of a joint operation between Russia and Argentina which began in December 2016 when cocaine was discovered on the embassy’s grounds.

High on Moscow Hills: Why Russia Is Losing the War on Drugs

Russia’s Ambassador to Argentina Viktor Koronelli in late 2016 alerted local authorities after finding 16 bags of drugs hidden in a school on the embassy’s grounds. Argentinian police seized the 389 kilograms of cocaine worth over $60 million and replaced it with bags of flour fitted with a tracking device, Reuters reports.

The bags were then traced as they were shipped to Russia as diplomatic luggage in December last year. Two men who collected the bags in Russia have been arrested.

Bullrich named a “Mr. K,” who “remains at large in Germany” as responsible for supplying the cocaine to the Russian Embassy.

A former embassy official identified as Ali Abyanov, who reportedly helped plan the shipment, was detained at his apartment in Moscow on Thursday, media report.