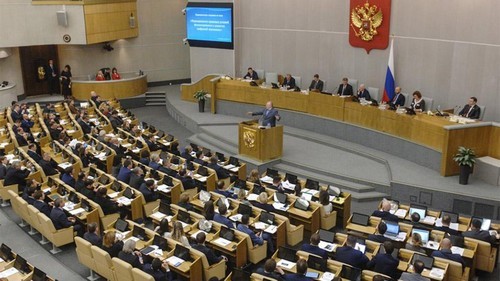 Russian lawmakers have been sent to their home regions for the three weeks before presidential elections to reportedly avoid taking public attention away from the campaign.

President Vladimir Putin’s re-election is in little doubt when voters go to the polls on March 18. Starting on Feb. 26, deputies will be given time off from their legislative duties to “work with voters,” according to the State Duma’s 2018 session calendar.

Putin’s Support Drops Below 70% Ahead of Elections

Despite a ban on officials using their official status in election campaigns, State Duma deputies are expected to “naturally” campaign in their regions during the break, the Vedomosti business daily cited lawmakers as saying on Thursday.

The break before March 18 also serves as a way “to not interrupt” the election campaign in the media landscape, according to the faction leaders and Duma deputies cited by the business daily.

Political analyst Mikhail Vinogradov told Vedomosti that the long holiday could be designed to prevent all eight candidates from using the Duma as a campaign platform.