The visit of the Chinese delegation headed by the country’s President Xi Jinping to the Eastern Economic Forum (WEF) will serve as an incentive for more active business cooperation in the Far East; waiting for the forum and partners from Japan, South Korea, Europe. The fact that foreigners can offer to partners from Russia, in an interview with RIA Novosti was told by the head of the department for Russia and the CIS Deloitte in China Alexander Krylov and the head of Deloitte CIS in Vladivostok Sergey Lavsky.

MIA “Russia Today” acts as the general information partner of the Eastern Economic Forum, which will be held in Vladivostok on September 11-13.

“The visit of the PRC head from our point of view will in future serve as a signal to Chinese companies to develop more active cooperation with Russian business in the Far East.” We forecast an increase in the Chinese-Russian trade turnover for the third consecutive year, “the agency’s interlocutors note.

President Vladimir Putin said earlier that Xi Jinping, Chairman of the People’s Republic of China, is on a visit to Vladivostok in September, his active position allows the Russian-Chinese relations to develop according to the plan.According to the head of state, the trade turnover between Russia and China for the first half of 2018 increased by 50%. “Last year, our trade turnover was 87 billion, and for the first half of this year it increased by 50%, and this year we are most likely to enter the trade turnover line – $ 100 billion,” he said. 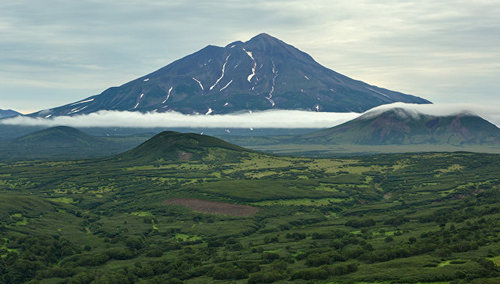 Deloitte experts believe that it makes sense for Russia to concentrate efforts on exporting non-resource products to China, for example, agricultural products. “We also see opportunities for more active cooperation between the two countries in implementing infrastructure projects, and we hope that the construction of a cross-border bridge across the Amur River in the Jewish Autonomous Region will be completed, as well as the implementation of initiatives for the construction of the Eurasia passenger-and-freight road, they add.

China now focuses on the development of technology, the medical sector and education, and therefore these areas are also potentially interesting from the point of view of cooperation between the two countries. The flow of Chinese tourists to Russia is also increasing: the number of trips by Chinese citizens to Russia increased by 15% in 2017 compared to the previous year.

Both west and east

Within the framework of the forum meetings are also planned in the formats Russia-Korea, Russia-Japan, Russia-Europe. The agency’s interlocutors remind that Russia is already working with Japan and Korea in attracting investments to the Far East within the framework of the Russian-Japanese investment platform and the Russian-Korean financial cooperation initiative.“Nevertheless, there are factors restraining the development of foreign business in Russia, such as geopolitical risks, weak ruble, strengthening of state regulation of business activity,” Krylov and Lavsky note.

Speaking about new investment projects of European companies in the Far East, experts found it difficult to single out the primary obstacles to investment: this could be the current foreign policy situation or the lack of interest on the part of European business in terms of the geographic location of the region.

“According to the information of the Ministry for the Development of the Far East, there are new European investors, but their projects are small.There is a great interest from businessmen from Austria, Germany and Belgium, but from the practical point of view this interest does not go beyond visiting the region by various business delegations, – they note.Nevertheless, the territory of the Far East has sufficient potential for investment, Deloitte is sure. In addition to the traditional resource sector of the economy, European investors should consider, for example, such high-potential spheres as tourism and hospitality, which in recent years show significant positive dynamics.

Experts Deloitte pay attention that over the course of time the attitude of foreign partners and foreign business to the introduction of sanctions has changed. “Everyone understands that this is a long time, nevertheless, restrictions apply to individual companies and individuals, and there are industries and markets that continue to develop and are open to cooperation with foreign partners, despite the current economic and foreign policy situation,” they say.As in any crisis, there are always players who are finding new opportunities, gaining profits and occupying a certain niche in the market, the company believes. So, China has become a significant player in the Russian market of equipment for oil production. Chinese companies that manufacture equipment for drilling, increasing oil recovery, equipment for pumping natural gas quickly create networks of branches of warranty service in Russia, as well as spare parts stores.

“In the summer of 2017, Baker Hudges launched a new plant in the Tyumen region to produce well injection equipment, and it is expected that the share of equipment from China, the Republic of Korea, Singapore will increase in the domestic market within three years,” recall Krylov and Lavsky.They also set an example for Huawei, which is among the top three leaders in retail sales of smartphones in Russia. “Interestingly, according to our survey of financial directors of leading companies in Russia, we plan to expand cooperation mainly with high-tech companies, telecommunications, entertainment and media (54% of respondents),” they concluded.