“Kaspersky Lab” told what people are willing to give up for the sake of the smartphone: it turned out that some people would prefer to stay without food or medicine, and others without warm things in cold weather or without an umbrella in the rain, than lose the gadget.

A corresponding study was conducted in June 2018 in 15 countries, 750 people were interviewed in the Russian Federation. 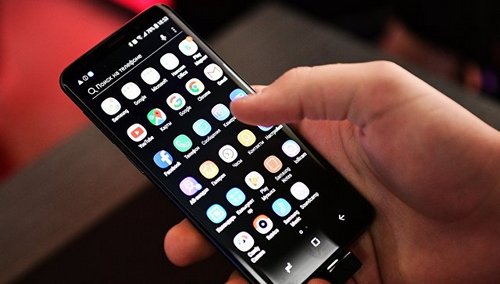 According to the study, people would prefer to give up some familiar basic things if they face a choice between them and the ability to always have a mobile device at hand. Thus, almost half of Russian respondents are more likely to be in the rain without an umbrella than to remain without access to the gadget. A quarter of the interviewed users would agree to remain without medication in case of illness and would refuse to eat, even feeling hungry. And one in five is ready to deprive themselves of warm things in cold weather.

“In Russia, every third owner of electronic devices checks their gadget first thing in the morning, the desire to stay in touch and stay informed keeps people feeling uncomfortable without a device at hand. Nearly half (45%) can not part with the smartphone during the meal, and every fifth takes a gadget with him, even when taking a shower, “the press service of the company said.

According to Kaspersky Lab, the dependence on devices sometimes goes to unusual forms. For example, 36% of respondents admitted that they used the device on the device even when they knew the way. And 18% look at the gadget to pretend they are busy when they do not want to talk to someone. In general, 68% of respondents remember the times when they did not have the opportunity to always stay in touch, but 74% of them would not want to return to this, the company said. At the same time, 23% of respondents carry an external battery with them in case the battery is installed. And 39%, in turn, closely monitor the level of its expenditure.

“This research is the case when the numbers speak for themselves… All kinds of gadgets… really became our constant companion… We trust them with important things and rely on them in almost any situation.” Unfortunately, cybercriminals could not fail to notice this. half of 2018, for example, only in Russia we found almost 1.5 times more mobile malware for Android than in the same period of 2017. And their number will certainly continue to grow… “, the words of the head of the Russian researcher one center, “Kaspersky Lab” Yuri Namestnikova.