What is the main thing in the May decree of President Vladimir Putin? Someone will say: competently report; someone – to choose part of the set goals and to achieve them accurately; someone – to achieve maximum results on your site. In fact, everything closes on whether the economy will grow, and if so, how quickly.

It is economic growth – the main source of resources, without which it is simply not possible to reach the goals of the decree. And with the growth of the problem. The opinion of a large group of experts was expressed by Elvira Nabiullina in an interview with The Wall Street Journal: “It is very unlikely that the growth of our economy could exceed 1.5-2%.” And in the decree it is said about the target growth rates exceeding the world average, that is not less than 3,8-3,9%. What turns out, the program for 2018-2024 the decree is impracticable? 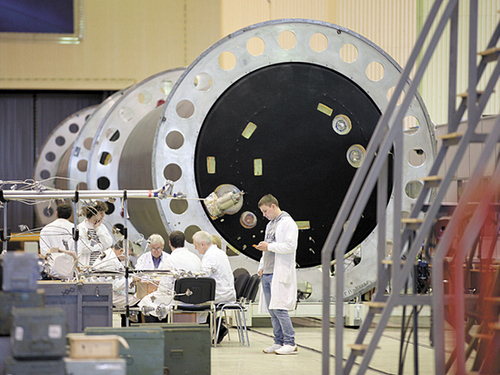 The situation is not new. Approximately the same happened with the implementation of the previous post-election May decrees of Putin in 2012. Alexei Kudrin in June 2018 openly acknowledged that the decrees have not been fulfilled. If the growth rate of labor productivity in Russia rose to 2016, then in 2016 – decreased, the share of investments in Russia’s GDP in 2017 was 21.9%, with the planned 27%, and the plan to increase the share of high-tech and knowledge-intensive sectors of the economy in GDP. Then the government was justified: if oil prices grew until 2014, confidently passing the $ 100 per barrel level, then a sharp (three times) drop followed, which put the economy in completely new, much more complicated conditions.

Now, largely thanks to the effective cooperation of Russia with Saudi Arabia and with OPEC in general, oil prices confidently exceed the budget forecast. But Nabiullina, in her interview with The Wall Street Journal, specifically emphasized that the threshold of 2% of economic growth will not be overcome even with the hypothetical return of oil prices to the coveted $ 100 per barrel. Growth is hampered, first, by the fact that, as the chairman of the Central Bank says, “the previous model of economic growth has exhausted itself,” the main conclusion of which is that the new model has not been created. Secondly, sanctions are primarily a brake on the growth of high technology and science-intensive industries.

Nabiullina did not develop the issue of sanctions in an interview with the American publication, but they do not only affect the growth rates of various economic sectors, first of all they influence the model of the economy, modifying the current economic policy. And we are not primarily talking about counter-sentiments, although in the expert community there is an opinion that they are causing damage to the Russian economy, commensurate with the sanctions themselves. The bottom line is that sanctions push back the implementation of a new model of economic development, which Nabiullina dreams of.

There is an official position of the Kremlin, which is that the best response to restrictive measures of the West is to expand the freedom of entrepreneurship in Russia. Theoretically, everything is correct. But in practice? When under the impact of sanctions in April this year was a number of the largest Russian private companies, it was not up to the freedom of entrepreneurship. The state somewhere successfully, somewhere putting forward conditions that turned out to be unacceptable, had to expand its already recognized by all as excessive participation in the economy. It turns out that sanctions are pushing Russia towards such a “new model of the economy”, which hardly corresponds to the ideas of Elvira Nabiullina.

And now back to the May decree. It’s hard to do and not do. The president will necessarily demand his unconditional implementation. And what if the economy does not grow at the necessary pace, where to get the resources? VAT has been raised, and now the government recognizes that its growth is a factor in the slowdown of the economy.

When the previous May decrees slipped, Vladimir Putin urged the government not to seek excuses, but to demonstrate the art of politics, which, he said, “must be at the fingertips.” The main thing is that the assigned tasks must be fulfilled.

As we have seen, in a significant part of the decrees were not fulfilled. If the same threat arises even now (and it is already there), a strange, only at first glance, effect of the synergy of the May decree and American sanctions may arise.

To implement the May decree and, above all, its large-scale social tasks, the state should intensify its activities, new government spending is needed. Sanctions are pushing the state to increase its expenses to compensate for sanctions losses. A joint vector is not to freedom of enterprise and to the market, but quite the contrary – to the growth of the state’s economy.

Experts who focus not on Elvira Nabiullina with free floating of the ruble and inflation targeting, but with Andrei Belousov with his willingness to mobilize funds for the implementation of the May decree to go for additional fiscal pressure on the business in the conditions when the latter and so on in the grip of low economic growth and sanctions. These experts have a chance to offer their model of the economy. With the state at the head of everything, with issue loans, with restrictions on the foreign exchange market, possibly with the reincarnation of the state plan. And with the promises of a high, necessary for the fulfillment of the May decree of economic growth. This model can only be conditionally called a new one, but the fact is that the chances that it will replace today’s with a maximum growth of 2% are growing.

The Central Bank requested emergency powers on the Internet