Skip to content
20.10.2020
Russian press
MOSCOW, September 14 (Itar-Tass) – RIA Novosti. The plan for dedollarization, proposed by the head of VTB Andrei Kostin, is aimed at the independence of the Russian banking system and is relevant in the face of tightening sanctions, it can be implemented within three to five years, the chairman of the Duma committee for the financial market Anatoly Aksakov told RIA Novosti.

Kostin in an interview with the newspaper ” Izvestia ” presented a plan to abandon the dollar, which includes a number of areas. The first is an accelerated transition in settlements with foreign countries for export-import transactions to other currencies, including the euro, the yuan or the ruble. The second point was the head of the bank called the transfer of addresses of the largest holdings of the Russian Federation to Russian jurisdiction. The third direction is the creation of a Russian depository to place Eurobonds. The fourth point is to license all participants of the stock market in such a way that they all work according to the same rules. 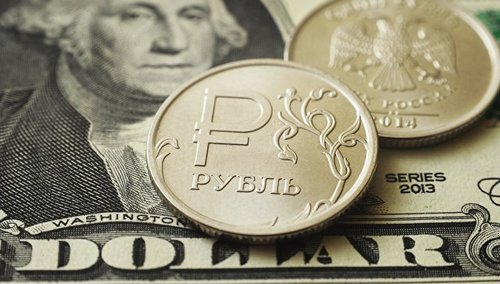 “I think these are practical proposals, they are not aimed at saving the banking system, but for implementing measures that will make our financial system independent of external influence.” It is necessary to ratify financial processes and make them independent of external decisions. “Inertia is big, everyone understands that calculations in dollars for our exports are a risk, including for exporters, “Aksakov said.

In his view, the rejection of the dollar in the current conditions will go faster, and within three to five years the situation will unfold. “Moreover, we do not expect that sanctions will be lifted in the near future, they are likely to only become tougher,” Aksakov noted.

The EU Council extended on Thursday individual sanctions against natural persons and organizations of Russia in connection with “undermining the territorial integrity of Ukraine” for another six months, that is, until March 15, 2019. And US President Donald Trump on Wednesday signed a decree providing for the imposition of sanctions against foreign individuals and organizations that intelligence agencies will suspect of interfering in elections through “cyber attacks or otherwise,” propagation of propaganda and disinformation. These sanctions include the freezing of assets, restrictions on exports and imports, a ban on obtaining investment from US citizens.

May increase: four million pensioners will receive an increased pension

‘We have to fight for our rights’: Is Russia ready to defy Vladimir Putin?