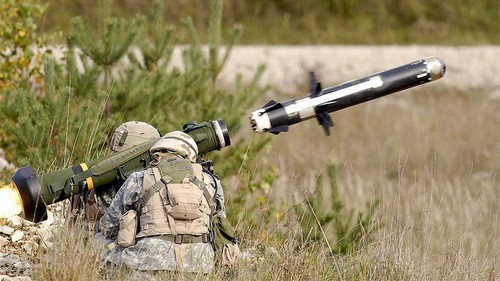 The United States reportedly plans to arm Ukraine with Javelin armor-piercing missiles and other lethal military equipment to help Kiev battle Russian-backed separatists in the east.

The Trump administration is reportedly expected to approve a $47 million military aid package to Ukraine, including 210 anti-tank missiles and 35 Javelin launchers. Russia has warned that the plan, a departure from the previous administration’s commitment to non-lethal aid, would “directly push Ukrainian forces to war.”

“Yes, Javelins will be part of this help, but there is much more,” U.S. special envoy to Ukraine Kurt Volker told Ukraine’s Eurointegration.com.ua news website in an interview published Wednesday.

“Our goal is to fill gaps in the Ukrainian army’s weaponry, increasing the armed forces’ ability to protect its territory,” the ambassador said in the interview.

He stressed that the Trump administration had lifted Obama-era non-lethal aid limits, simplifying Washington’s ability to support Ukraine in the armed conflict.