The Israeli media spotlight on Monday 9 October on the decision of Benjamin Netanyahu to authorize the construction of 3,800 housing units in Judea and Samaria and the BAGATS decree not to obtain police permission to hold demonstrations.

Haaretz: BAGATZ Calls for Abolition of Obligation to Obtain Permits for Demonstrations

“Israel Ha-Yom”: Do not pass the exam

“Maariv Hashavua”: Investigation of the Shabak showed: the murder of Reuven Schmerling is a terrorist attack

Correspondents of Yediot Ahronot, Yuval Karni and Elisha Ben Kimon, write that Prime Minister Benjamin Netanyahu has decided to authorize the construction of 3,800 housing units in Judea and Samaria, including in a Jewish settlement in Hebron.

The decision was made after an agreement with the Americans, according to which, once every 3-4 months, Israel can allow construction on this territory, and Washington will not condemn the Jewish state for this.

The heads of the settlements welcomed Netanyahu’s decision, especially the building permit for Hebron. But there were also those who opposed this program, since it does not include the construction of a new industrial zone in Samaria and the laying of bypass roads.

Haaretz: BAGATZ Calls for Abolition of Obligation to Obtain Permits for Demonstrations

Correspondents of “Haaretz” Ilan Lior and Yaniv Kubovich write that on Sunday, October 8, BAGATS allowed demonstrations on Goren Square in Petah Tikva, near the house of the legal adviser to the government, Avihai Mandelblit. And for this, the organizers do not need to obtain permission from the police.

The judges criticized the law requiring permission to hold demonstrations and called for its repeal, noting that there are no such requirements in democracies.

The judges upheld the lawsuit against the ban on demonstrations in the square. At the same time, they rejected criticism of the very fact of demonstrations near the house of a legal adviser, noting that in a democratic country, public figures cannot have immunity from criticism. The court also ruled that the number of participants could not be limited.

“Israel Ha-Yom”: They fail the exam

Most of the papers were rejected in mathematics and English. At the same time, 50% of students who appealed against the decision of the examination committee won.

11,563 students were caught not being honest on the exam. This is the highest figure in the last three years. As Dvir notes, in recent years, the Ministry of Education has invested millions of shekels to prevent cheating on exams, however, there are still those who are at risk.

“Maariv Hashavua”: Investigation of the Shabak showed: the murder of Reuven Schmerling is a terrorist attack

Maariv Hashavua correspondents Alon Hahmon and Karni Eldad write that security forces have detained two Palestinians on suspicion of the murder of Reuven Schmerling from the Elkana settlement.

In a report from the General Security Service (SHABAK) it is said that the evidence collected as part of the investigation indicates that it was a terrorist attack committed on nationalist grounds.

The family of the deceased welcomed the Shabak statement and also expressed gratitude to the security forces for their efforts in investigating the crime. The head of the local council of Elkan, Asaf Mintser, said that it was clear to the Schmerling family and residents of the settlement from the very beginning that the murder was committed on nationalist grounds. 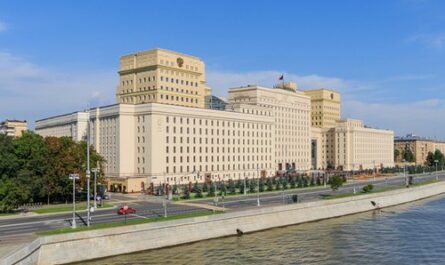