The Chinese company Hongfeng has created a laser weapon designed to combat terrorists and members of extremist groups. According to the Global Times on Friday, the novelty is designed to engage targets at a distance of 200 m.

The laser was first demonstrated to the public by the China Corporation of Aerospace Science and Industry (CASIC) during anti-terrorist exercises conducted by the PRC special forces in the central province of Hubei. The set of weapons includes an optical sight, an auxiliary power source, a remote fire control device and a laser emitter.

“Laser weapons, in comparison with all other types of weapons, hit the enemy with a high speed and greater accuracy of hitting. They are silent and have no flash when fired,” – said in an interview with reporters, weapons design engineer Yan Azhe.

According to him, the new means of fighting extremists is more convenient to use, since it does not have a recoil momentum during firing. In addition, according to the specialist, laser care is very inexpensive. The weapon is expected to be used to guard the participants in the 19th Congress of the Chinese Communist Party (CCP), which opens in Beijing on October 18.

“China continues to be under the threat of terrorism, so we need to be very vigilant,” said Li Wei, an anti-extremism expert at the China Institute of Contemporary International Relations (Beijing). He added that recently, many companies in the military-industrial complex of the PRC have been developing various types of weapons to eliminate terrorists, since there is an extremely high demand for them.

In recent years, the Chinese government has stepped up its anti-terrorist struggle by strengthening security measures at strategically important facilities and public transport. Particular attention is paid to measures to suppress terrorist attacks at the stage of their planning. In particular, recently, the authorities of Xinjiang Uygur Autonomous Region (Northwest China) have created a special application for smartphones, through which anyone can promptly inform the competent authorities about persons of suspicion. 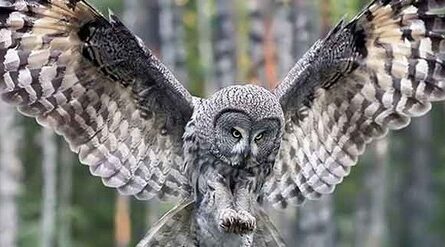 Owl is a mysterious predator

Scientists have linked marijuana to violence