The American publication Foreign Policy writes that the US authorities are planning to officially announce the withdrawal from UNESCO – the United Nations Agency for Educational, Scientific and Cultural Affairs. According to the author of the publication Colum Lynch, this decision may be announced as early as next week.

As noted in the article, Washington is guided by two motives: the desire to save financial resources and the desire to thus express a protest against the adoption of anti-Israeli resolutions in UNESCO.

At the same time, according to Foreign Policy, the United States intends to maintain its presence in UNESCO as an observer state.

The publication says that the issue of the US withdrawal from UNESCO, raised by Secretary of State Rex Tillerson, was discussed several weeks ago on the sidelines of the UN General Assembly, held in New York. In particular, this issue was raised at a meeting between US President Donald Trump and French President Emmanuel Macron.

The announcement of this decision was postponed until the election of a new UNESCO Director-General due this week. The main candidates are Audrey Azoulay (France) and Hamad bin Abdulaziz al-Kawari (Qatar). Paris asked Washington to support their candidate and expects that the United States will not leave UNESCO at a time when the agency is going through a crisis.

Foreign Policy recalls that in 1984, at the height of the Cold War, US President Ronald Reagan initiated his country’s withdrawal from UNESCO, considering this organization an ideological ally of the USSR. In 2002, with George W. Bush as president, the United States rejoined UNESCO.

In 2011, already under Barack Obama, the United States cut funding for UNESCO by more than $ 80 million a year (22% of the organization’s total budget) after the agency was admitted to Palestine, not recognized by a state in Washington. Nevertheless, the United States retained membership in UNESCO and the right to vote on the executive board of this organization. Against this background, the formal debt of Americans to UNESCO is growing and has already exceeded $ 500 million. In case of withdrawal from the agency, the United States will not be able to pay this debt.

The main ideological motive for the US withdrawal from UNESCO is a series of anti-Israeli resolutions adopted by this organization in recent years.

On 7 July 2017, UNESCO declared the Old City of Hebron (Al-Khalil) and the Cave of the Forefathers (Haram al-Ibrahimi) as a Palestinian Cultural Heritage Site of Worldwide Significance. Earlier, the UNESCO World Heritage Committee voted for a resolution denying Israel’s sovereignty over the Old City of Jerusalem and condemning excavations in the historic part of the Israeli capital. In response to these decisions, Israel has sharply reduced its participation in the funding of UNESCO. 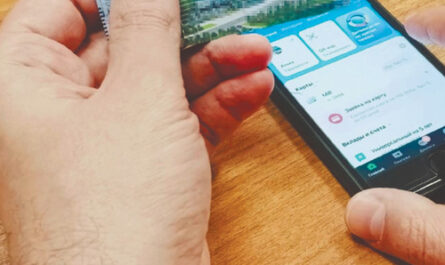