“The King of Outrageousness and Mister Extravagance” of the Russian stage Sergey Penkin is one of those artists who express themselves as much as possible in a live concert. Unusually beautiful, enveloping, with a range of four octaves, the singer’s voice is listed in the Guinness Book of Records.

Sergei Penkin performs Western pop hits, masterpieces of world classics in modern arrangements, pop compositions and much more. His performances are distinguished by a confidential and respectful tone of communication with the audience, a brilliant ability to win over the audience and present each song.

Sergei Penkin’s concerts, always bright and spectacular, are decorated with special grace and taste. However, the new program is unique even against their background: each song is built with a specific video art, a selected palette of lighting effects, dynamic designs with screens that create the effect of 3D mapping are created.

Spectators will witness a fantastic story, in the first part having visited the Garden of Eden, in the second – in old London, and then – in the ancient Greek amphitheater. In one of the numbers, Penkin will perform a song, immersed in a huge aquarium.

Each number of the show “Music Therapy” is a small performance. The concert will feature the hits “Feelings”, “Autumn Rain”, “Another Spring”, “The Phantom of the Opera”, “In Memory of Caruso”, “Aria of Mr. X”, as well as new songs.

The ever-popular and beautiful music, accompanied by modern technologies, the professional and sincere voice of Sergei Penkin will bring exquisite delight to the audience.

China has created a laser to fight terrorists 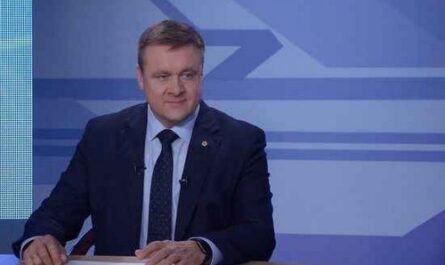 Governor of the Ryazan Region: “We will constantly repair roads, this is our priority”