Poland expects from Russia $ 1.5 billion in compensation for overpayment for gas. The Polish company PGNiG appeals to the decision of the Stockholm Arbitration Court, which decided to adjust the formula for calculating the price of exported gas in favor of Poland.

The trial of the Eastern European partners initiated in 2015 and declared victory in the case. Now the Polish company is waiting for the return of the overpaid funds. Experts doubt that Russia will pay this money.

PGNiG and Gazprom entered into a natural gas purchase and sale agreement on September 25, 1996. According to the document, Russia supplies the Polish company with about 10 billion cubic meters of gas per year.

At the same time, the minimum annual contractual amount should be at least 8.7 billion cubic meters. The contract is valid until 2022. Later, the companies signed an additional agreement that the seller-party should pay the overpayment by July 1, 2020.

However, in 2015, Warsaw considered the set gas price to be too high. In March 2020, the Stockholm Arbitration Court sided with the Polish company and decided to recount the prices of supplies from November 2014. Gazprom tried to appeal the court decision.

However, Poland indicates that the appeal will not be able to change the verdict. According to the recount, Gazprom owes PGNiG $ 1.5 billion.

This is not the first time Poland has tried to recover impressive sums from Russia under various pretexts. In early June, the Polish antitrust authority UOKiK announced that it was going to fine Gazprom for $ 50 million due to the fact that it was not helping in the investigation of the case against Nord Stream-2.

The actions of the Polish side are explained not only by economic, but also by political interests, said the head of the Alpari IAC Alexander Razuvaev.

“Western courts are biased. They predictably sided with Poland, as they sided with Ukraine in a similar dispute. At the same time, gas prices in Europe are low. I can’t say what steps Gazprom will take. But if this vicious practice is not stopped, Gazprom will be milked again and again, ”our source said. 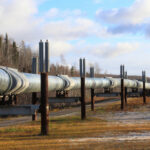 The parties approved a new formula for calculating fuel prices

The Polish company PGNiG expects the Russian Gazprom to return to it $ 1.5 billion overpayment for gas in accordance with the decision of the Stockholm arbitration. About this with reference to the statement of the Polish side reports Forsal.

According to the portal, PGNiG signed with the Russian holding an annex to the contract of September 25, 1996 for the supply of raw materials to Poland through the Yamal-Europe gas pipeline (the so-called Yamal contract – approx.).

In addition to the agreement, a new gas price calculation formula was approved, as specified in the Stockholm arbitration decision of March 30, 2020. “As a result, the company expects Gazprom to pay off an overpayment of PGNiG in the amount of about $ 1.5 billion by July 1,” the Polish company said.

Poland initiated a trial with Russia to revise fuel prices in 2015. In March 2020, the Stockholm Arbitration sided with Warsaw, recognizing the inflated price of Russian raw materials. In accordance with the court’s decision, PGNiG will pay Gazprom under the new formula, which will be adjusted from November 1, 2014.

The Russian side appealed the decision of the arbitral tribunal in a court of Svea district. However, Poland indicated that the appeal would not change the court’s verdict. 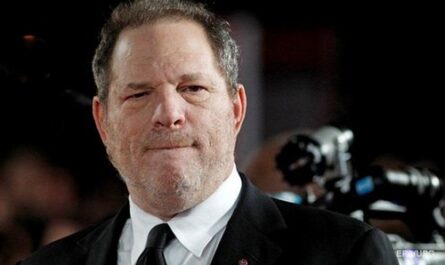 The Iron Dome in Washington and the aftermath of the first rain. Review of the Hebrew language press