The gas war between Russia and Belarus is gaining momentum. But if earlier such energy conflicts were resolved through negotiations between the heads of state, now the peaceful settlement of the dispute is a big question.

The scandal with Belgazprombank – the “daughter” of our “national treasure” – can break the usual scenario in which President Lukashenko sought to lower gas prices from the Russian side. Moscow has begun an ultimatum conversation with Minsk and is threatening to cut off supplies already from July 1, since Belarusians do not agree to pay off the debt of $ 165 million. And since Russia is actually ready to shut off the valve, it seems that this time there will be no compromise.

“The total amount of Belarusian debt for deliveries of Russian gas today exceeds $ 165.57 million. From July 1, gas supplies to Belarus will be stopped until the full repayment of the debt,” Gazprom said. But the Belarusian side believes that there is no debt. Since, according to her claims, Russia supplied gas with a “lower calorie content,” that is, in fact, of low quality, for which, according to the logic of the Belarusians, it is inappropriate to pay extra money.

Recall that in February gas prices were agreed for Belarus for the current 2020 – $ 127 per thousand cubic meters. Then these conditions were signed by the presidents of both countries, and later the corresponding protocol was agreed by the government of Belarus and Gazprom. But already in March, Minsk began to demand a discount on raw materials due to falling oil prices (spot gas prices were tied to them). On June 5, 2020, the Ministry of Energy of Belarus sent to Moscow its proposals on the cost of deliveries of Russian gas in 2020-2021. In early June, Gazprom announced that it was ready to start negotiations on the cost of fuel supplies to Belarus for next year, subject to the country’s compliance with the previously agreed price terms of the current contract. In general, while on the Russian-Belarusian gas front there is a dead end and an exchange of ultimatums.

“Russia is in no hurry to make concessions to Minsk, demanding compliance with the signed documents, which was also stated by many senior officials, including Foreign Minister Sergei Lavrov and Energy Minister Alexander Novak,” says Artem Deev, head of the AMarkets analytical department.

Meanwhile, Minsk has its own argument: gas prices in Europe are declining, spot deliveries reach $ 45-50 per thousand cubic meters, and Gazprom concludes the last long-term contracts at a price of $ 107 per thousand cubic meters. But at the same time, there are already signed agreements that the country must implement. “Surely we will see continued demands from Minsk, as was the case with oil supplies, when the republic began to receive raw materials from other countries, including from the USA. A new aggravation of relations between the Russian Federation and Belarus is not in the interests of both countries that consider themselves allies, the confrontation should end in a compromise, ”said Deev. 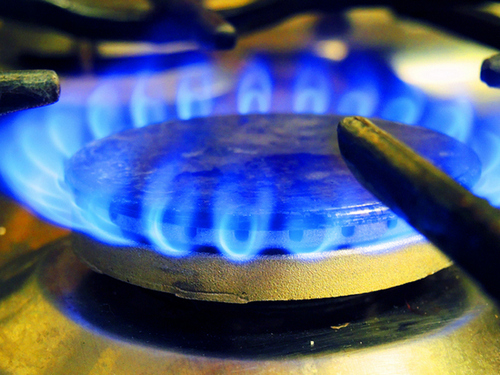 In the gas sector between Moscow and Minsk, there is now a complex tangle of economic and political contradictions. According to the chief analyst of TeleTrade Mark Goikhman, Moscow is obviously not ready to make concessions in deliveries until Lukashenko agrees to closer integration, which, according to the Belarusian side, affects its political sovereignty. “The compromise is difficult now. The positions of the parties have tightened. Minsk is following steps that may be perceived as unfriendly. This is a parade in Minsk on May 9 “in spite” of its transfer to Moscow, and a criminal case against Belgazprombank – the “daughter” of Gazprom and Gazprombank, ”emphasizes Goikhman

Previously, such disputes were resolved personally by Putin and Lukashenko. It seems that now, against the background of the detention of the managers of the Gazprom subsidiary, relations between the countries are far from ideal and the meeting of leaders may not take place. According to experts, given all this, it is likely to delay the resolution of the issue, at least until the last months of the year. Well, before the Russian valve was shut off to Belarus, only two weeks remained.

In the United States, a farmer grows the heaviest pumpkin in the history of a nationwide competition

The national teams of England, France and Japan started with big victories