Since 2014, the index has been growing in the channel. At the beginning of this year, they renewed their all-time maximum around 2300 p. They tried to hold the correction in the channel around 2000 p. However, the bears were able to provoke another wave of selling. In June, the index reached the long-term level of 1850 p. In mid-June, 1800 p was pierced, but the movement was immediately bought out. Growth developed from 1850 p. The second growing wave passes 2000 p. And 2050 p. The 2100 p. Zone was not an obstacle either last year or this year. But if there is resistance, then the index may roll back to 2000 – 2050 p.

In May, a falling wave unfolds, which in June reaches 1850 p. An attempt to contain sales is visible here. The rapid acceleration of the decline with a puncture of 1800 points. The puncture was bought out, and the growth gradually reversed. The first growing wave reached 1970 p. After the correction to 1910 p., The growth continued in the channel. Then the index on a new growing wave goes up from the channel.

After the breakdown of 2050 p. Growth continued, but already slowly – two growth bars and consolidation. Now, if 2100 points do not pass, there may well be a rollback to 2050 points.

Since the end of September, the index has been trading in a sideways range of 2070 – 2085 p. At the end of last week, the range was shifted up. The upper border is now 2103 p., The lower one – with a more complex configuration, in the region of 2085 – 2090 p. In general, this tactic has been used since the beginning of September. Namely – stagnation in the sidewall with a small exit upward and a new sidewall. All this confirms the general bullish sentiment of the market. The negative sits out laterally, while the positive is recouped upward.

The security began to grow from the end of April – the beginning of May, from the level of 8700 rubles. By the end of July, a growing channel had formed. The rally in the second half of August brings the paper up from the channel, but the bulls cannot overcome the strong long-term resistance at 10,900 rubles. After the second top, a sharp decline follows with a breakdown of 10,500 rubles. From this point on, the trend decline begins, which leads the security to the projection of the summer trend line.

Since the price has come into the zone of influence of the trend, you can look for signs of a rebound – a reversal. There are two of them at the moment: a falling wedge (often a sign of a bearish trend reversal) and a puncture of RUB 9700. in the form of a thorn. For the entry point, let’s take the level in the area of ​​9770 r. It can be clearly seen at the previous two local minimums. It is not recommended to open a position from the beginning of trading.

2. Take profit: zone 10050 p. and higher. To protect profits, it is advisable to use trailing stops, 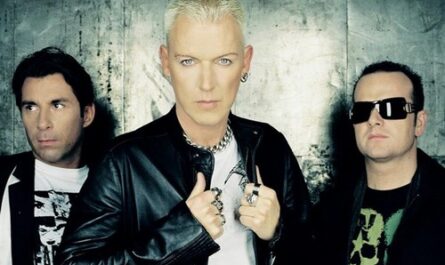 Scooter vocalist kicked out of German show over Crimea scandal