On Monday, October 9, US Secretary of Defense James Mattis, speaking at the annual meeting of the United States Army Association, called on the US military to be prepared for a military solution to the crisis with North Korea.

He noted that Pyongyang continues its provocative actions against South Korea, Japan and the United States.

“The US Army must be prepared for a military option that our president can use if needed,” Mattis said.

In connection with this statement, the American media recalls the recent harsh statements by US President Donald Trump against the leadership of the DPRK and Iran, as well as his words that the White House’s policy towards Pyongyang over the past 25 years has not brought the desired result.

On the evening of October 5, before dinner at the White House, held after a briefing with the command of the American army, Donald Trump puzzled journalists with a cryptic statement. The President traced the hall around him with his forefinger and asked the journalists: “Do you know what this means? Perhaps this is the calm before the storm.”

Trump declined to comment on this statement in any way. However, against the background of his speech at a meeting with the leadership of the Department of Defense and senior officers of the US Army, during which he made a series of tough statements against Iran and North Korea, this gesture was perceived by many as a threat to Tehran and Pyongyang.

On the eve of the newspaper The Washington Post reported: next week, US President Donald Trump will announce that he will not ratify the nuclear deal with Iran, concluded in July 2015, and instruct Congress to develop the following actions in this direction.

This article said: Trump concluded that the agreement, known as the Joint Comprehensive Plan of Action, is not “vital to the United States’ national security interests,” as required by federal law.

However, according to the authors of the article, Trump will not recommend to Congress to tighten sanctions against the Islamic Republic, leaving it to the discretion of lawmakers. 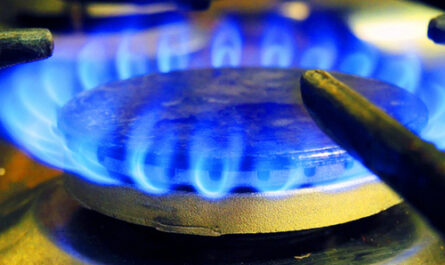 Russia is ready to leave Belarus without gas

Autumn repertoire of the Little Theater

Tennis: Dolgopolov overcomes the second round of the tournament in Shanghai