The United States will resist the destabilizing influence of Iran and restrain its aggression, and will revive for this purpose interaction with a number of states in the region.

We also intend to call on the international community to unite to exert joint pressure on the Islamic Revolutionary Guard Corps (IRGC, elite units of the Iranian Armed Forces). The key provisions of the new strategy of US President Donald Trump were circulated on Thursday by the White House press service.

The first point reads that “the new strategy of the United States towards Iran is aimed at neutralizing the destabilizing influence of the Iranian government and containing its aggression, especially in support of terrorism and militants.” “We will revitalize our traditional alliances and regional partnerships as bulwarks against Iran’s subversion, as well as to restore the balance of power in the region,” the second paragraph of the strategy states.

The third provision implies opposition to the IRGC, “financing of its malicious actions”, as well as “opposition to the activities of the IRGC, which is aimed at extorting wealth from the Iranian people.” “We will unite the international community to condemn gross violations of human rights by the IRGC, as well as the detention of citizens of the United States and other countries convicted on erroneous charges,” reads another paragraph.

The other two provisions relate to countering the threat to the United States and its allies from Iranian “ballistic missiles and other asymmetric weapons”, as well as “cutting off any path for the Iranian regime to develop nuclear weapons.”

As previously announced by the White House, Trump will issue a statement on Friday at 12:45 pm local time (19:45 Moscow time) in which he intends to outline the new US strategy towards Iran. 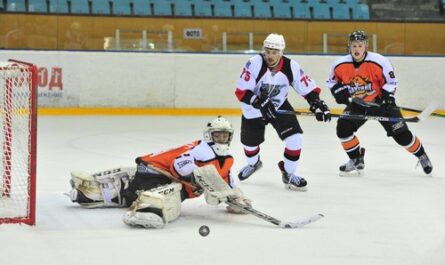 HC “Tambov” interrupted a series of failures on the road