Currently, the CBR is in the process of rescuing two major ailing lenders through its Banking Sector Consolidation Fund (BSCF): Otkritie, which went bust in late August and Binbank which went under in early September.

Cleaning up the Russian banking sector is likely to take between one and two years, Elvira Nabiullina, chairwoman of the Central Bank of Russia, was cited as saying by the Vedomosti business daily Nov. 2.

Over the last four years, the regulator has revoked the licenses of about 350 lenders, bringing the number of banks in Russia to about 600 and removing weak players or banks with dubious business models, Nabiullina said. In the late 1990s, Nabiullina added, Russia had around 2,500 banks because requirements for entering the industry were very loose at the time.

However, the CBR has no plans to allow only state-run lenders to remain in the industry, according to Nabiullina. 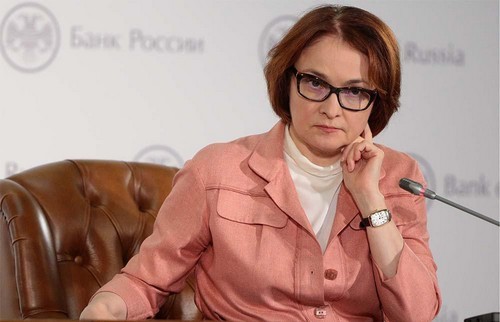 The CBR provided a 380 billion ruble ($6.5 billion) bailout loan to Otkritie and an unspecified loan to Binbank. In late October, the regulator said that rescuing struggling lenders had cost it nearly 458.3 billion ($7.8 billion) rubles from July to September.

The CBR chose to save Otkritie and Binbank as opposed to revoking the lenders’ licenses and letting them collapse as they are deeply integrated into the Russian banking sector and their fall could have had a domino effect on the entire industry, Nabiullina said.

Both Otkritie and Binbank belong to the so-called Garden Ring banks, the leading commercial banks that have been included on the CBR’s “strategically important banks” list.

They have all come under increased pressure since the spring as the CBR tightened its supervision of the sector. Problems first surfaced in June when Russia’s new Analytical Credit Rating Agency (ACRA) downgraded Otkritie to BBB, which precluded it from holding state money, like pension funds.