North Korea is open to direct talks with the US over their nuclear standoff, according to the Russian foreign minister, Sergei Lavrov, who said he passed that message to his counterpart, Rex Tillerson, when the two diplomats met in Vienna on Thursday.

There was no immediate response from Tillerson but the official position of the state department is that North Korea would have to show itself to be serious about giving up its nuclear arsenal as part of a comprehensive agreement before a dialogue could begin.

Lavrov conveyed the apparent offer on the day a top UN official, Jeffrey Feltman, met the North Korean foreign minister, Ri Yong-ho, in Pyongyang, during the first high-level UN visit to the country for six years. Feltman is an American and a former US diplomat, but the state department stressed he was not in North Korea with any message from Washington.

“We know that North Korea wants above all to talk to the United States about guarantees for its security. We are ready to support that, we are ready to take part in facilitating such negotiations,” Lavrov said at an international conference in Vienna, according to the Interfax news agency. “Our American colleagues, including Rex Tillerson, have heard this.”

The diplomatic moves come amid an increased sense of urgency to find a way of defusing the tensions over North Korea’s increasingly ambitious nuclear and missile tests. The standoff reached a new peak on 29 November, when North Korea tested a new intercontinental ballistic missile (ICBM), the Hwasong-15, capable of reaching Washington, New York and the rest of the continental United States. The missile launch followed the test of what was apparently a hydrogen bomb in September.

Pyongyang has said that current joint exercises by the US and South Korea involving hundreds of warplanes, along with “bellicose remarks” by US officials have “made an outbreak of war on the Korean peninsula an established fact”.

“The remaining question now is: when will the war break out,” a foreign ministry spokesman said on Wednesday.

North Korean officials have said in recent informal meetings that they are particularly concerned by the threat of a surprise “decapitation” strike, aimed at killing the country’s leaders and paralysing military command and control systems before Pyongyang could launch its missiles.

The heightened tensions and threatening language have increased fears around the world that the two sides could blunder into war through miscalculation, mistaking war games for a real attack or misreading blurred red lines.

US and North Korean positions are currently far apart, with Pyongyang rejecting any suggestion that its nuclear disarmament would be on the table at any future negotiation. The regime wants the US to recognise it as a nuclear weapons power and cease its “hostile policies” to North Korea, including sanctions and military manoeuvres off the Korean peninsula.

For its part, the US has rejected a “freeze-for-freeze” proposal advanced by Russia and China, by which North Korea would suspend nuclear and missile tests while the US would curtail its military exercises.

State department spokeswoman Heather Nauert said on Thursday that direct talks with North Korea were “not on the table until they are willing to denuclearize.” 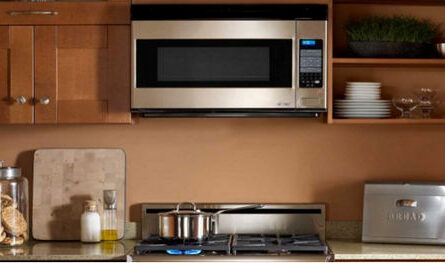