No, of course, the expected bank statements came out, as expected, just in time and showed completely predictable results. Moreover, the reporting of both Citigroup (C, -3.4%) and JPMorgan Chase (JPM, -0.88%) turned out to be predictably better than analysts’ forecasts, but … in the auctions, it was already quite usual for the quotes of bank shares to go down and, for example, the City’s losses amounted to a very indecent 3.4%.

Well, absolutely not deserved! Analysts immediately found an explanation for this – they say, this is due to growing fears due to the growth of credit losses. To be honest, this explanation does not seem very convincing. But in principle, such a development in the banking sector was still expected. But yesterday ‘s surprises were negative.

First, the bears literally skated on the shares of the telecommunications giant AT&T (T, – 6.1%). In this case, two minuses, unfortunately, did not give a plus, but gave an even greater minus. The first trouble for the owners of AT & T shares came from the company itself, whose management announced a decrease in revenues and profits for the third quarter due to hurricanes and an earthquake in Mexico. But that would be half the trouble.

But the second blow in the gut came from the US Senate, where Senator Elizabeth Warren asked the US Department of Justice to strictly monitor antitrust laws and prevent a takeover deal between AT&T and Time Warner (TWX, -1.87%). So after a hook to the left and a jab to the head, AT&T stock broke down and just crashed to the floor. And yet it seems that the bears clearly overdid it yesterday and these stocks can already be picked up.

But that was not the most important thing yesterday. The main blow was struck by Donald Trump, who nevertheless signed a document canceling the main provisions of the law on compulsory health insurance, or the so-called. Obamacare law. Its consequences are difficult to calculate, but, the only thing is, of course, it will definitely negatively affect the stock quotes of companies operating in the field of medicine and healthcare, and especially companies engaged in comprehensive medical services for the population such as UnitedHealth Group (UNH, -1.2%). Thus, yesterday the socially oriented Obamacare law, with a light stroke of the pen of the current US president, became a possible death sentence for some categories of US citizens, and a real nightmare for a number of medical companies.

Today is Friday, and things should be a little quieter. But that’s in theory. But we do not take into account that today is not just Friday, but Friday the 13th … And therefore, we can only dream of peace. Indeed, many interesting events are expected today.

Firstly, even before the start of trading, we will see the second series of the “Marlezon ballet” called the quarterly reports of the leading American banks. Yesterday we saw reports from Citigroup and JPMorgan, which, as mentioned above, turned out to be better than analysts’ expectations, but still did not satisfy market participants. Today is the turn of Bank of America (BAC) and Wells Fargo (WFC). The picture is expected to be similar to yesterday’s. That is, everything is fine with finances, but with shares – you still need to think …

The second thing that needs to be paid attention to today is, of course, the coming out macroeconomic data. The consumer price index should please everyone. But will it really be so? At 15-30 Moscow time, we will learn the whole truth about this. Analysts also expect positive from the preliminary October consumer confidence assessment, conducted by the University of Michigan. This index is always very attentive.

And finally, for a snack, today we will hear Janet Yellen speaking in Washington at the opening of the International Banking Seminar, which will bring together representatives of the 30 largest central banks in the world. As always, a lot of interesting and important news is expected from Mrs. Yellen.

As for the external background, it can be considered moderately positive. If the European stock markets look completely impersonal at the end of trading in the first half of the day, then the Asian markets all amicably and confidently closed today in the green zone, adding from 0.13% in China to almost 1% in Japan.

Well, I would like to say a separate word about oil, which was inspired by yesterday’s monthly report of the International Organization of Petroleum Exporters and is growing steadily, adding almost 2% to yesterday’s closing.

Against this background, the American indices have a rather bright outlook today. Of course, one cannot count on growth of 0.5%, but indices should take “their” 0.2% -0.3%. So there is a chance today to see the next all-time highs in all 3 indices again. 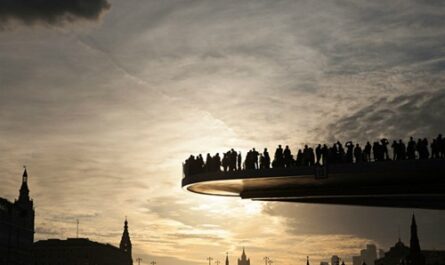 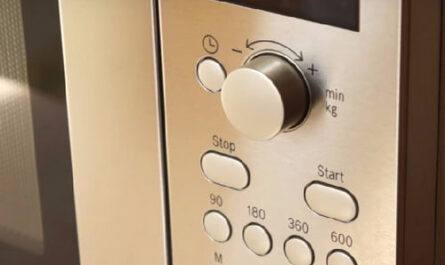