The Russian Ministry of Energy expects that as early as next year a two-stage competitive selection of capacity can start on the energy market, which will stimulate the modernization of existing power plants and the construction of new ones, Deputy Energy Minister Vyacheslav Kravchenko told reporters.

The decision on the fate of the modernization of power plants in Russia is a question , the price of which could be 1.2 trillion rubles. It is in this amount that the “Council of Energy Producers”, uniting 16 large energy companies, which account for 70% of the capacity of the Unified Energy System of the Russian Federation, estimated the modernization.

Consumers, of course, do not want to pay this money in addition to payments for operating capacities and to non-market “additions”, for example, 30 billion rubles for a reduction in Far Eastern tariffs.

The issue has escalated in the last year, because soon the power companies are finishing, and some have already completed the large-scale construction of new power facilities under capacity supply agreements (CDA). These agreements guarantee investors a return on investment for 10 years. The agreements were signed at the start of the electricity reform in Russia, when electricity consumption was predicted to grow amid aging and decommissioning of power plants.

However, the forecasts were not fully justified: new capacities are being commissioned, and consumption is growing very moderately – by 1.7% in 2016. Consumers have repeatedly pointed out the surplus energy capacity they have to pay for. At the same time, the energy companies say that the operating power plants are aging and modernization is necessary in order not to face a shortage of energy at some point. The Council of Energy Producers has calculated that only its member companies are ready to modernize 478 pieces of equipment with a total capacity of more than 70 GW.

There was a dispute between the energy companies themselves – they, together with the Ministry of Energy, could not decide how to get money for modernization. Power plants of the Russian Federation receive income from the sale of two goods – electricity and capacity.

Revenues from the sale of capacity on average account for about 30% of the station’s revenues. The power price is determined for several years in advance in the course of a special competitive procedure – competitive power take-off (CCT), which takes place once a year. In 2017, the KOM was held for 2021. Manufacturers have always called the price of CCM insufficient to carry out modernization and recoup investments in it.

At a sectoral conference organized by the energy markets regulator, the NP Market Council association, apparently, some agreement was reached on the main points. In any case, following Maxim Bystrov, Chairman of the Board of the Market Council, the Ministry of Energy also presented the mechanism of a two-stage CCM, and the department would not mind holding it already in 2018.

“If we try, then I think that next year it will be possible to start these procedures. Maybe if we do a good job,” Kravchenko said on the sidelines of the conference “Priorities of Market Electricity in Russia: Generation Development after CSA. Choosing a Way”.

The idea of ​​a two-stage CCO is to carry out a conventional selection, to determine prices for two price zones of the energy market (the first one unites the European part of the Russian Federation and the Urals, the second includes Siberia). At the same time, the obligations of companies for the supply of capacity and the price for it, at the option of the company itself, can be fixed for a year or three. A new generation can also participate in this stage.

The second stage involves those power plants or their individual power units that have passed the first stage and fixed their obligations for one year. The capacities that are needed to cover the demand will be selected in the second stage. They will receive payment for 10 years.

Those that are not needed will return to work within a year on the terms of the first stage. Then, as stated in the presentation of the Ministry of Energy, they will be decommissioned. In KOM they will be prohibited from participating.

At the same time, there is one limitation – the annual quota for modernization and new construction, so that there is no sharp rise in the cost of capacity for consumers. In addition, as noted in the presentation of the Ministry of Energy, manufacturers of power equipment will not be able to cope with the entire volume of orders at once. At the same time, the state will be able to control the consequences and plans when the market situation changes, the ministry notes.

Because of this quota, all the capacities required to cover the demand of consumers may not immediately pass the selection of the second stage. Those unselected can return to work under the conditions of the first stage and try to pass the second stage next year.

“Consumers can only expect that we will receive new, more reliable equipment, increase the reliability of energy and heat supply. The price, I think, will grow within reasonable limits. We will try to keep the price at a reasonable level … I proceed from the fact that that the amount of capacity that we put up for these tenders is significantly less than it is necessary to change, the generators will enter into a fight and the price will decrease from the limit levels that we will set, “commented Kravchenko.

According to him, the new KOM will be held for six years. In the near future, gigawatts of generation volumes will be exhibited at it annually. “We definitely assume that the volumes will be measured in gigawatts, but it will not be tens. At the first stage, 1-3 GW,” he said.

During the discussion of the new mechanism, “Fortum” and the Ministry of Economic Development and Trade proposed to involve electric grid companies in the modernization and admit them to the new CCM.

“The Ministry of Economy and” Fortum “talked about this as part of the implementation of the mechanism for the decommissioning of generating facilities, this is what we prescribed in the draft law – what really, if the facility is decommissioned, then it will be possible to see how to ensure its painlessness exit from the power system, replacing activities, you can build a generation of less capacity, implement this with network activities, and so on, “- explained Kravchenko.

The question with consumers about this remains open.

“Consumers count money. The main task is to prevent the price load on their businesses, especially energy-intensive ones, so their position is clear. I took it out for myself that we are in a state of searching for a consensus. I think we will find it, “Bystrov told reporters. 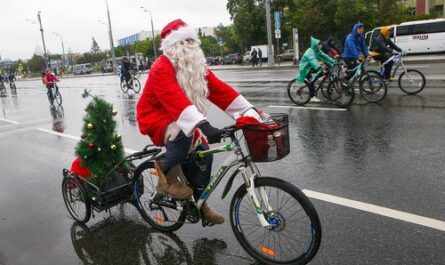 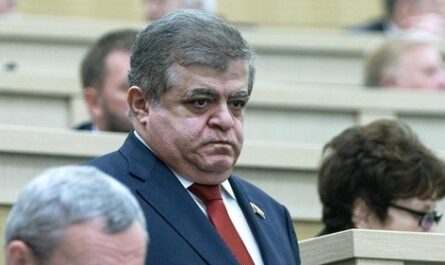 Authorities: work with the cinema “35 mm” is carried out constructively