Branches of the Bank of Russia on Saturday will hold a presentation of new banknotes of 200 and 2000 rubles in all regions of the North Caucasus Federal District.

Guests of the Open Day will not only learn how to distinguish new banknotes from counterfeits, but will also be able to hold a photo session at a cash-in-transit machine, visit the museums of the Bank of Russia and improve their financial literacy, the press service of the Southern Main Directorate (GU) of the Bank of Russia told TASS …

“On Saturday, Open Doors Days will be held in all regions of the North Caucasus Federal District. In each of the divisions they will tell you how the banknotes of the new design should look like. In addition to lectures, each region has its own program,” the press service said, specifying that the whole action will take place in seven divisions of the bank.

According to the department, in Vladikavkaz one can learn how to check different banknotes for authenticity, and in the Karachay-Circassian branch, everyone will also learn about the Russian payment system “MIR”. In Ingushetia, guests of the Open Day will be told about the typical mistakes of borrowers.

In the museum of a subdivision of the Central Bank in Makhachkala, Grozny and Karachaevsk, one can learn about the history of the ruble and the banking system, and in Chechnya and Karachaevsk, visitors can arrange a photo session with cash collection vehicles. “Guests of the event (in Grozny – TASS note) will be able to feel like collectors of the Bank of Russia – to get behind the wheel of a special car,” the press service said.

On Thursday, October 12, the head of the Central Bank of the Russian Federation and General Director of Goznak, Arkady Trachuk, during a press conference at TASS, presented new banknotes in denominations of 200 rubles and 2,000 rubles, the symbols of which were chosen the Vostochny cosmodrome and the bridge to Russky Island, Tavrichesky Chersonesos and the monument to sunken ships in Sevastopol … The presentation of the banknotes was held in the format of a teleconference Moscow – Vladivostok – Sevastopol. The new banknotes should go into mass circulation by the end of 2017. 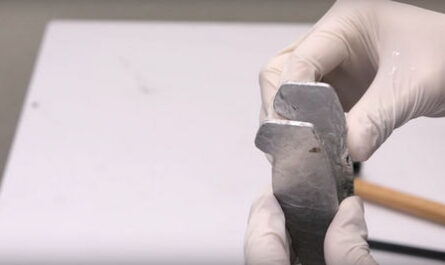 The Classical Arts in 2018: Not Resting on Laurels