The current US administration is not satisfied with the multilateral agreement on the settlement of the Iranian nuclear problem and insists on its actual renegotiation on new, tougher terms with regard to Tehran.

This boiled down to the essence of the televised address on Friday by US President Donald Trump to fellow citizens, in which the American leader essentially outlined his strategy to tighten pressure on Iran.

Trump once again called the Joint Comprehensive Action Plan (JCPOA), concluded by the permanent “five” of the UN Security Council (Russia, USA, China, Great Britain, France) and Germany and Iran in July 2015, “one of the worst” and most disadvantageous for Washington. transactions in history. “We received weak inspections in exchange for nothing more than purely short-term … delays in Iran’s advance towards nuclear weapons,” the White House owner said.

“Therefore, I am instructing my administration to work closely with the US Congress and allies to eliminate many serious flaws in the deal so that the Iranian regime can never threaten the world with nuclear weapons,” Trump said.

As he explained, this work will be aimed primarily at trying to maintain in force the restrictions on certain types of Iran’s nuclear activities, expiring, in accordance with the terms of the JCPOA, in the coming years. It is also necessary to strengthen “insufficient monitoring of the implementation” of the agreement by Tehran and ensure that “almost complete silence regarding Iran’s missile program” disappears from the JCPOA, the president is convinced.

Trump warned that while eager to work with foreign partners and Congress on the proposed JCPOA adjustment, he reserves the right to announce the US withdrawal from the deal at his own discretion when he deems it justified. “However, if we fail to reach a solution by working with Congress and allies, the agreement will be terminated, – warned Trump -. It is under constant revision, and our participation in the agreement may be canceled by me as the president at any time” …

He also spoke on the Iranian topic a little later, talking with reporters before visiting the US Secret Service training center in one of the suburbs of Washington, Maryland.

“Let’s see what happens. possible adjustments to the nuclear deal with Iran, with US lawmakers over the weekend.

Trump at the same time assured that he “likes a lot more” the “two-step process”, that is, an attempt to revise the JCPOA in coordination with its other participants and Congress.

In addition, as noted by the head of the American administration, he refuses to confirm to Congress that Iran is complying with the provisions of the JCPOA. National law requires the President of the United States to obtain such certification. This means that now, according to American legislation, which was adopted after the conclusion of the JCPOA, the Senate and House of Representatives of Congress will have to decide within 60 days whether or not to reinstate the unilateral sanctions against Iran, which were frozen under the terms of the deal.

“Iran does not respect the spirit of the deal,” Trump is convinced.

Negotiations on an Iranian nuclear dossier began in 2004 after Western countries accused Tehran of developing a “secret military nuclear program.” Since 2006, negotiations with Iran have been conducted by the “six” international mediators – five permanent members of the UN Security Council and Germany. In 2006-2010, the UN, the US and the EU imposed several packages of sanctions against Iran.

On July 14, 2015, the final Joint Comprehensive Plan of Action for the Iranian nuclear program was agreed in Vienna . Tehran pledged not to produce weapons-grade plutonium, to have at its disposal no more than 300 kg of uranium enriched to 3.67% within 15 years, to re-equip nuclear facilities and use them exclusively for peaceful purposes. At the same time, the arms embargo imposed by the UN Security Council will be maintained for 5 years, the ban on the supply of ballistic missile technologies to Iran for 8 years, IAEA experts will monitor nuclear facilities for 25 years.

If the terms of the agreement are violated, the sanctions may be renewed. On July 20, this plan was supported by the UN Security Council.

In order to counteract this and other similar activities of Tehran, the United States is now going to more actively use the mechanism of unilateral restrictive measures against Iran and work intensively with partners abroad, Trump said. “We will impose additional sanctions on the regime to block its financing of terrorism. We will tackle the issue of the regime’s proliferation of missiles and weapons that threaten its neighbors, global trade and freedom of navigation,” the president promised.

Finally, he said that the US has imposed sanctions for the first time on Iran’s “entire Islamic Revolutionary Guard Corps (IRGC) – an elite part of its military forces – for alleged” support for terrorism. ” These restrictions will apply, including to “officials, agents of the IRGC and related structures,” Trump explained.

Calculations and plans of Moscow

Commenting on Trump’s speech, the Russian Foreign Ministry said that Moscow regrets the decisions taken by the American side. Nevertheless, the Russian Federation expects that the new steps by the United States will not have a direct impact on the implementation of the JCPOA, they added at Smolenskaya Square.

From the point of view of the Russian Ministry of Foreign Affairs, Iran strictly adheres to its obligations, which is regularly confirmed by the International Atomic Energy Agency (IAEA). In such a situation, there can be no question of a return to the situation before an agreement is reached, including the resumption of sanctions by the UN Security Council, the Foreign Ministry said.

In turn, the press secretary of the Russian President Dmitry Peskov, even before Trump’s speech, noted that a possible US withdrawal from the JCPOA would have “very, very negative consequences”, would damage the “atmosphere of predictability, security, stability and nonproliferation throughout the world.”

Russian Foreign Minister Sergei Lavrov, ahead of Trump’s speech, discussed the situation around the JCPOA with the heads of the US and Iranian foreign affairs agencies Rex Tillerson and Mohammad Javad Zarif. In a conversation with the US Secretary of State on Thursday, Lavrov noted Iran’s commitment to the agreements and the need for other parties to adhere to them. In a conversation with Javad Zarif on Friday, the Russian minister confirmed Moscow’s intention to seek the implementation of the agreements in the form in which they were approved by the UN Security Council.

In connection with Trump’s speech, Russian Deputy Foreign Minister Sergei Ryabkov told TASS that Moscow intends to discuss the current situation with the participants in the nuclear deal in order to achieve its full implementation. According to the diplomat, Russia intends to discuss this issue with the United States in the near future. The deputy foreign minister warned against making “improvements”, which the United States is talking about, to the JCPOA, since these amendments could lead to the fact that the deal, which was reached with such difficulty, “collapses.” Ryabkov said that it was inadmissible to link the agreements on the nuclear program with other issues that Washington has with Tehran.

After Trump’s speech, Tillerson said that Washington was counting on support from allies in Europe. However, in the Old World, the initiatives of the United States were met with hostility.

EU High Representative for Foreign Affairs and Security Policy Federica Mogherini, who spoke with Iran as coordinator of the “five plus one” group, said the international community could not “allow the destruction of a nuclear agreement that works.” She stated that this deal is not a bilateral agreement and cannot be denounced by any one state. Mogherini described Trump’s demand for a review of the JCPOA as impracticable.

The leaders of the three European countries that were at the negotiating table with Iran – Great Britain, Germany and France – also made a joint statement. According to them, the preservation of the JCPOA meets “common security interests.” “We call on the American authorities … to analyze the security implications for the United States and its partners before taking steps that weaken the JCPOA, such as the imposition of sanctions lifted under the agreement,” British Prime Minister Theresa May said in a joint statement. , German Chancellor Angela Merkel and French President Emmanuel Macron.

The reaction of the French leader was perhaps the most demonstrative. Immediately after Trump’s speech, he spoke by phone with Iranian President Hassan Rouhani and assured him that Paris would remain a supporter of the JCPOA, and also confirmed his intention to pay a visit to Tehran.

At the same time, Berlin, London and Paris have signaled that they share Washington’s concerns about Iran’s missile program and the Islamic Republic’s activities in the region. May, Merkel and Macron said they were ready to take “adequate measures” in close coordination with the United States.

Hassan Rouhani, in his response to Trump, denied all accusations against Tehran, calling them baseless. He reaffirmed Iran’s commitment to the nuclear deal and cooperation with the IAEA, stressing that no president is capable of unilaterally canceling agreements that have received international support.

The Iranian chief executive ruled out the possibility of revising the JCPOA and warned that in case of infringement of the country’s interests, “Iran will immediately give an answer.” “He Trump, apparently, does not know that this is not a bilateral agreement between Iran and the United States, so that he acts as he pleases,” Rouhani said.

According to him, Iran will continue on its course, despite threats and pressure. As the president assured, the missile program is aimed exclusively at protecting Iran.

In conclusion, Rouhani said that countering terrorism in the region remains a priority for Iran, and the Islamic Revolutionary Guard Corps, which enjoys all-round support within the country, plays a key role in this issue. 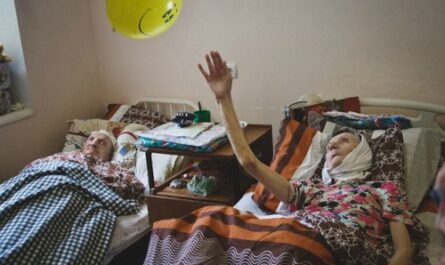