From October 14, the traffic police of Russia changes the rules for conducting exams for the right to drive a car and registering cars and trailers for them in the departments of the State Traffic Inspectorate.

The innovation is associated with the entry into force of the corresponding order of the Ministry of Internal Affairs, changing two administrative regulations.

In the new rules, the exercise “high-speed maneuvering” for motorcycles has become mandatory, in connection with which a second variant of its implementation has been added to the existing scheme of the test exercise, which can be adapted to any site.

The issue of holding an exam on the site in winter conditions has been resolved . In case of stable snow cover, the boundaries of the test exercises are indicated by additional stands and cones. At the same time, the examination will be possible when the surface of the site is treated with anti-icing agents, “the Russian traffic police told TASS.

According to a representative of the department, the grounds for terminating the exam on the site and giving a negative assessment have been adjusted. Thus, the score “did not pass” will be given in the event of a fall from a motorcycle. In addition, the exams will not be able to pass by people who have not reached the age of majority, as well as applicants who have previously been deprived of their rights who have violated the conditions for the return of driver’s licenses.

The traffic police noted that now it will be possible to issue a driver’s license through the MFC in 15 days. According to the interlocutor, for this purpose, the procedure for interaction between officials of the State Traffic Inspectorate units and employees of the centers has been determined. At the same time, the new regulations will expand the list of documents that an applicant can submit on his own initiative. For example, upon presentation by the applicant of a foreign passport, duplicate entries in Latin in the driver’s license will be brought into line with the passport.

From October 14, the registration procedure for vehicles and trailers will also change. According to the order, established additional requirements to the places of reception and waiting applicants with limited capabilities .

“Places for filling out applications must correspond to comfortable conditions for disabled people and optimal working conditions for officials. Disabled persons with persistent visual impairment and independent movement will receive the necessary assistance in the premises where the state service is provided,” the traffic police said.

According to the interlocutor, now the issue of paying the state fee for the examination for the right to drive a car and the issuance of driving licenses has been brought into line with the Tax Code. The state fee will need to be paid before the application is submitted.

The Eiffel Tower is closed to visitors due to a strike 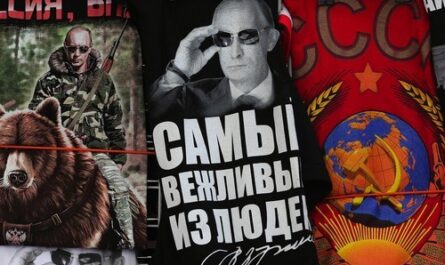 Putinomics Loses Its Power as Stagnation Starts Reign in Russia

In the Kirov region, 15 people were injured at the Transneft station