(Bloomberg) – Boris Johnson will warn Russia to stop “destabilizing activities” which threaten the national security of Britain and its allies, as he makes his first visit to Moscow as foreign secretary. 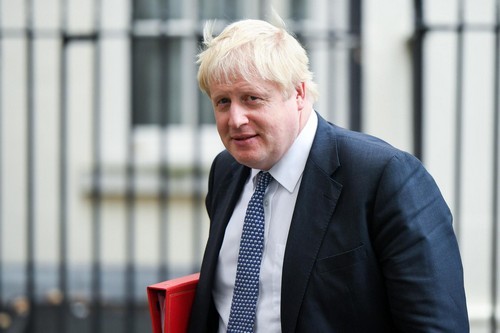 “Our relations with Russia cannot be ‘business as usual’ whilst Russia continues to attempt to destabilize European states, including Ukraine,” Johnson said in an emailed statement ahead of his visit to the country on Friday. “The Kremlin has positioned Russia in direct opposition to the West, but it doesn’t have to be that way.”

Arrived in Russia for important talks with FM Lavrov. We may have many differences, but also much to work together on inc Syria, Iran & North Korea. pic.twitter.com/1RC6wipCFU

Johnson will meet his counterpart, Sergei Lavrov, in Moscow for face-to-face talks. His visit comes two weeks after Alan Duncan, a junior minister in his department, made the first ministerial visit to Russia in two years.

Relations between the two countries have soured in recent years after Russia’s annexation of Ukraine’s Crimea peninsula in 2014, and its support for Syrian dictator Bashar al-Assad. Prime Minister Theresa May has also accused Russian President Vladimir Putin of “meddling in elections” in the West, warning him in a speech last month “we know what you are doing. And you will not succeed.”

In a visit to Poland on Thursday, May said she and her Polish counterpart, Mateusz Morawiecki, were both “deeply concerned” about “Russia’s attempts to weaponise information,” a reference to cyber attacks and fake news stories.

Johnson will encourage Lavrov to cooperate on shared challenges, including dealing with the threat posed by North Korea and preserving the Iran nuclear deal, which U.S. President Donald Trump has called “one of the worst and most one-sided transactions the United States has ever entered into.”

“It is vital for international security that we do talk to each other – as the consequences of miscommunication or misunderstanding are grave,” Johnson said. “We have a relationship with Russia that spans over 450 years. Our similarities and historical links far outweigh our current political disagreements.”

Johnson also plans to discuss measures to protect thousands of British soccer fans traveling to Russia for next year’s World Cup, according to the statement.