US Senator Bob Corker (Republican from Tennessee) believes that US President Donald Trump, with his harsh remarks about the DPRK and the decision on the deal on the atom with Iran, is actually “publicly castrating” Secretary of State Rex Tillerson.

The legislator expressed this opinion on Friday in an interview with The Washington Post.

From his point of view, such actions of the head of state lead the country to a very dangerous choice of two options: either to get involved in a war, or to have North Korea or Iran in front of them capable of threatening the United States with nuclear weapons. “You can’t publicly castrate your secretary of state without forcing yourself to choose between two evils,” says Corker.

At the same time, he drew attention to the success of Tillerson in building diplomatic relations with China. “The most ambitious diplomatic activity we have is with China, these same relations are the most important. And these relations have already largely moved forward. Something can be called simply phenomenal,” said Corker, who heads the Senate Foreign Relations Committee …

“When you tie your chief diplomat on the legs, it leads to the fact that everything just falls apart. make a choice. When you publicly castrate your secretary of state, you exclude him from such a choice, “the senator said.

Last week, Trump got into a skirmish with Corker, criticizing the senator on his Twitter, who earlier announced that he did not plan to be re-elected to the upper house of Congress next year. According to Trump, Corker “begged” the president to support his re-election as senator, but the head of the White House did not agree. Trump also claimed that Corker wanted the Secretary of State position, but it is also the president said failure. The senator on his Twitter criticized the president’s statements, calling the White House “an adult nursery.”

After Trump won the election, 65-year-old Corker was named one of the contenders for the post of secretary of state. Later, the senator actively supported Tillerson’s candidacy, which was eventually proposed by the president. In general, Corker, who, like Trump, is a Republican, welcomed the decisions made by the head of state, but last summer he rebuked him for incompetence, prompting criticism from the White House. 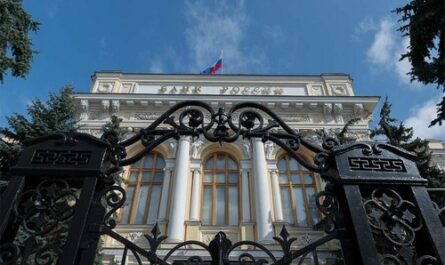 Exhibition “Kabarda. From Antiquity to the Present” opens in Moscow