In a struggling factory town outside the capital, upcoming presidential elections have sparked little interest 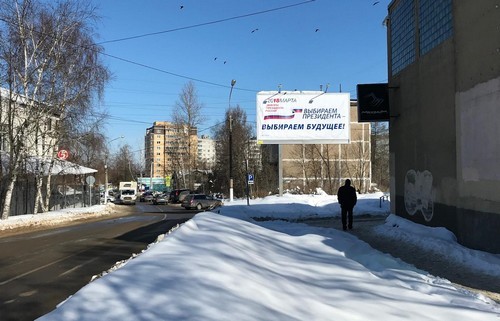 Leaving Moscow, the road to Mozhaysk, a factory town 110 kilometers outside the capital, is lined with billboards trumpeting this weekend’s presidential vote. But as the malls and high-rises recede from view, so does the elections regalia.

Aside from a pair of advertisements just off Mozhaysk’s main shopping street and an elderly woman handing out flyers, there was little to indicate on a recent visit that a nationwide election was about to take place.

“No one takes them,” said Olga Nikolaeva, a factory worker who said she had volunteered to give out the election pamphlets. “There seems to be less and less interest.” 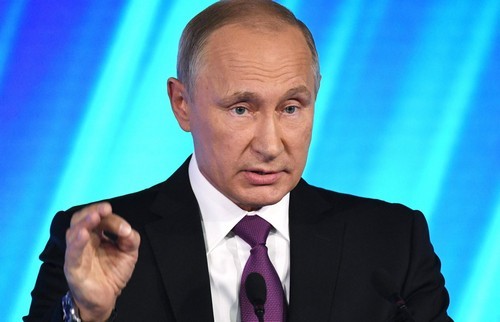 Even before Vladimir Putin announced his candidacy back in December, he was the easy favorite to win the March 18 vote. The challenge for the Kremlin, pundits say, is not securing a win, it is encouraging apathetic voters to turn up to polling stations to give the election – and Putin’s win – legitimacy.

The latest poll by state-run pollster VTsIOM has Putin with 69 percent of the vote. Assuming the president wins re-election, it will be his fourth term since first being elected in 2000, extending his rule for another six years. If recent elections are anything to go by, Mozhaysk is likely to toe the line – more than 70 percent of the vote went to pro-Kremlin candidates in last year’s mayoral elections.

“I haven’t followed any of the campaign,” said Semyon Shavenzov, a 32-year-old construction worker, in the center of town. “Putin is going to win again, so why should I pay attention?” 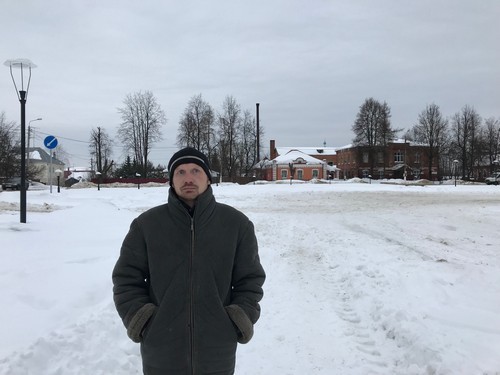 Semyan Shavenzov moved to Mozhaysk during Putin’s first term as president. He has since become disenchanted with the president’s economic promises.

But it wasn’t just Putin’s sure victory that Mozhaysk residents said had put them off the campaign. Whoever wins the vote on Sunday, they said, won’t relieve their primary concern: money.

“The government always promises better jobs, a beautiful country,” said Shavenzov, who moved to Mozhaysk to look for work eighteen years earlier, during Putin’s first year as president. “But look around. There’s nothing here.”

Over a spread of caviar, ham and smoked fish, Mozhaysk’s mayor Vasily Ovchinnikov brushed off his residents’ economic concerns. Instead, the ruling United Russia party representative wanted to talk about how the town has always been Moscow’s first line of defence against invaders, from Napoleon to the Nazis.

“There’s even a common phrase: ‘send them beyond Mozhay,’” Ovchinnikov said. “Today it means to go to the middle of nowhere. But it comes from when we first pushed back the Poles in the 17th century.”

Residents were quicker to describe their financial difficulties than recount their town’s history, though. Of those who spoke to The Moscow Times, most used to work in factories – processing animal products, developing medical instruments or building polygraphs – that, until recent years, had formed the lifeblood of the town. 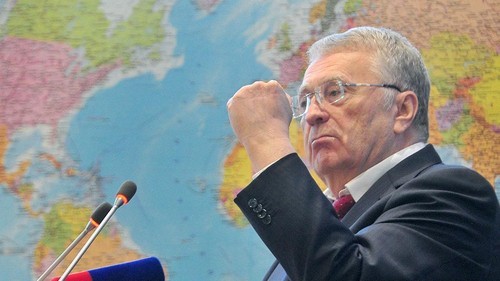 Asked to name how many factories had recently shut or slashed their workforce, Ovchinnikov lost track after ten. “We are having a difficult time,” he eventually conceded.

One of those residents, Tatiana Mikhalazhna, 59, worked at a factory that made equipment for power plants before it closed. Now, she works an art supplies shop. From behind the cash register, Mikhalazhna bemoaned the lack of opportunities for the town’s youth. Both her children, she said, had gone to Moscow to look for work. “Thinking about politics when we have so little feels like a waste of time,” she said.

Russians around the country are not strangers to financial difficulties. Until recently, the economy was in a two-year long recession; for the past four years, real incomes have steadily declined.

Shushanik Taverdyan, 60, who keeps a convenience store to supplement her husband’s meager pension, wondered whether Putin was even aware of their troubles. “Maybe his advisors haven’t told him,” Taverdyan said. “He’s so busy with so many different topics that he might just not know.” 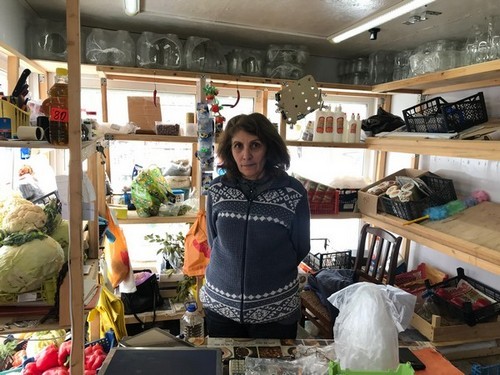 Like many Russians who support Putin, Shushanik Taverdyan says Putin might not be aware of the economic troubles plaguing ordinary Russians.

It is a state of affairs, though, that Putin seems to be aware requires attention. In one of his only campaign speeches broadcast live on state television last week, he laid out his plans for improving the economy, proposing to halve the poverty rate by the end of his next term and double infrastructure spending.

Like Mikhalazhna’s children, Ilya Grineyvich, 20, left. Home from university for the weekend, he told The Moscow Times he went to Moscow because he wanted a better life than his parents. While the election hype was more visible in the capital, he said, he hadn’t thought much about the campaign.

“I’ve only known one president my entire life, so it would be nice to see someone else in charge,” said Grineyvich outside one of the town’s supermarket chains – one of the few places where young people can find employment. “But I don’t see an alternative, so I figure what’s the point of voting?”

In an election in which even Putin’s challengers have been accused of serving the Kremlin’s interests, it is a question on many people’s minds. Prominent candidates including the Communist Party’s Grudinin, independent candidate Ksenia Sobchak and the longtime firebrand Vladimir Zhirinovsky have been branded Kremlin “spoilers” by observers. 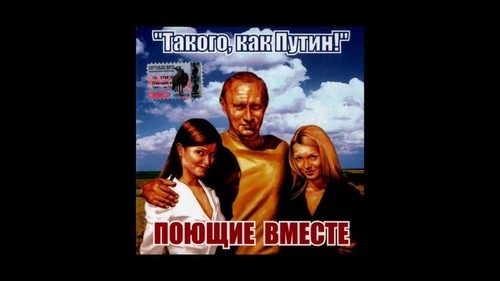 The spoilers’ task, the argument goes, is not to challenge Putin, but to split the opposition vote while stirring intrigue and interest around the election.

At the art shop, Mikhalazhna, whose son had recently sent her a clip of Sobchak dousing Zhirinovsky with a glass of water during a televised campaign debate, said, “It all seemed like a show.”

Even Alexei Navalny, whose anti-government protests drew thousands onto the streets of more than 80 Russian cities last year, was, to some, an unknown quantity in Mozhaysk. Although the opposition leader is barred from standing in the elections and has been kept off state-run television channels, his corruption investigations and social media appearances have drawn millions of viewers, particularly among Russia’s youth.

Asked about Navalny, however, one 25-year-old who wished to remain anonymous, told The Moscow Times, “This is the first I’m hearing the name.”

Alexander, who declined to give his last name, was born and raised in Mozhaysk. He studied to become an agricultural engineer, but turned to cabbing when local state-run farm collectives went out of business. The forty-four year old doesn’t believe casting his vote – for Putin or for any other name on the ballot – will make a difference.

“Ten years ago it felt like we might be going somewhere, but today we are in a real crisis,” he said, driving past a shuttered factory. “We are promised golden hills and diamond rivers, but of course we know who is getting all the money.”

Has Alexander followed the presidential campaign? Would he be voting in the election?

“Of course not,” he answered with a laugh. “Vovka,” Alexander continued, referring to the president by a diminutive, “will make sure that he never has to give up his throne, no matter what we do.” 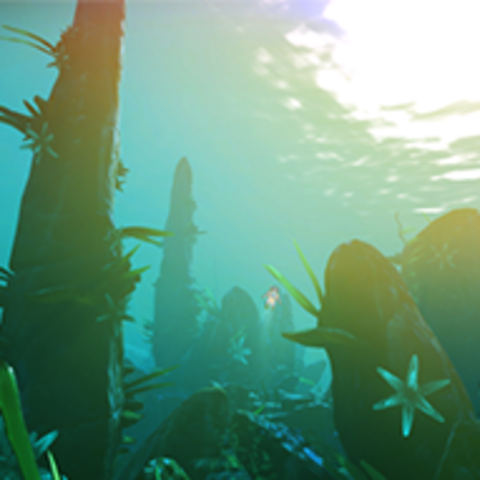 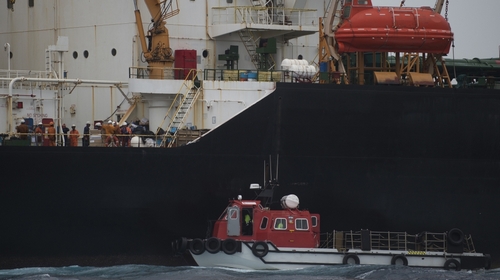