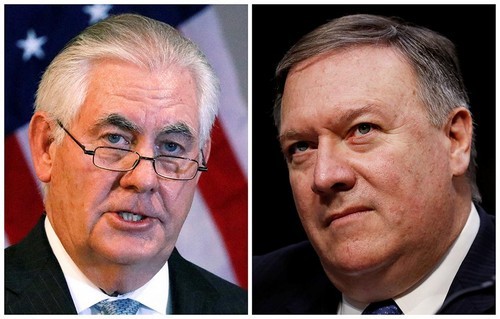 Russian senators have expressed cautious optimism over Donald Trump’s announcement of Mike Pompeo as the new U.S. Secretary of State.

U.S. President Donald Trump announced in a tweet on Tuesday that Pompeo would be replacing Rex Tillerson as the country’s top diplomat. Although some reports indicated Trump had asked Tillerson to step down last Friday, Tillerson’s official ouster comes less than 12 hours after he released a strongly-worded statement over Moscow’s alleged involvement in the poisoning of a former Russian spy in Britain.

“Russia will cooperate with those who are appointed to this or another post in the Trump administration,” the state-run RIA Novosti news agency cited senior Federation Council senator Yevgeny Serebrennikov as saying Tuesday.

“We pursued and are pursuing a course to reduce tensions in relations between our countries, but our partners do not see this aspiration,” Serebrennikov was cited as saying.

The Federation Council’s International Affairs Committee deputy chairman Vladimir Dzhabarov said that Pompeo “may have the chance to become a man who will stop our relations from dropping rock-bottom,” the RBC business portal reported.

Russian Foreign Ministry spokeswoman Maria Zakharova reacted to the news with an ironic “have they started blaming Russia for Washington’s staff reshuffles yet?” question in remarks to Interfax.

Meanwhile, U.S. Democratic Senator Chuck Schumer tweeted that he hoped “that Mr. Pompeo will turn over a new leaf and will start toughening up our policies towards Russia and Putin.” 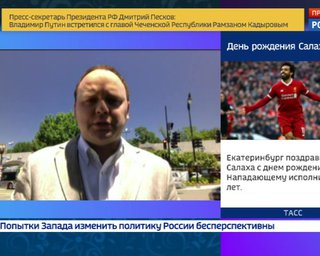 The Netherlands and Australia Blame Russia for MH-17 Downing, Call for Justice

Russians’ Trust In Putin Drops to Below 50% After Election – Poll