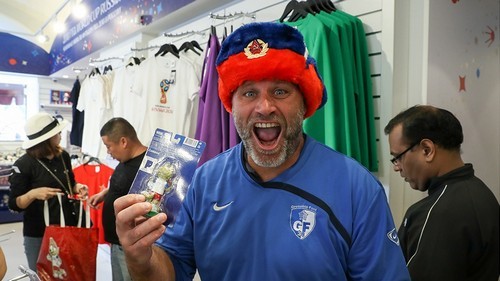 New data shows that tourists from the United States and China outspent other football fans during the first few days of the World Cup in Russia.

The cost to Russia of hosting the World Cup is officially $11 billion, but reports suggest it could reach $14 billion. Russia’s organizing committee expects tourists to contribute 121 billion rubles ($1.9 billion) to the national economy, while FIFA hopes to generate record revenue of $6.1 billion.

American, Chinese and Mexican fans spent the most money between the World Cup’s opening day on June 14 and June 18, according to data from the Visa payment system analyzed by the RBC business portal. The smallest amount was spent by visitors from Tonga, an island nation in Polynesia.

The data did not include the dollar amount each nation spent.

American and Chinese fans were also in the top ten ticket sales for FIFA, despite both sides failing to qualify for the tournament: American fans bought the second largest number of tickets, Chinese fans the ninth-most. They are also among the ten most populous countries in the world.

Visa is a sponsor of the World Cup, which gives it “exclusive access” to digital payments in many of the tournament’s venues.