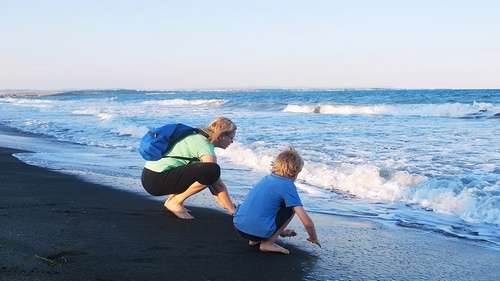 Tourists at southern Russia’s Black Sea resorts have been instructed not to swim in water described as abnormally cold for summer, while regional authorities warned that the temperature outside was dangerously hot.

The swimming ban extended into all beaches in the resort town of Anapa, on the northern shore of the Black Sea, after water temperatures there dipped below 15 degrees Celsius, Interfax cited the local administration saying Monday.

“Temperatures this low are an anomaly for July,” the press office of Anapa’s City Hall told Interfax.

At the same time, emergency officials in the Krasnodar region, where both cities are located, warned that people should avoid open spaces on Tuesday because of temperatures nearing 40 degrees Celsius.

The swimming ban has been in effect since Friday, the town’s head of public safety Sergei Semerkov told the RBC business portal.

Two bulletins on the Anapa administration’s website dated July 6 informed readers that swimming was banned in all the town’s beaches due to the excessively cold water.