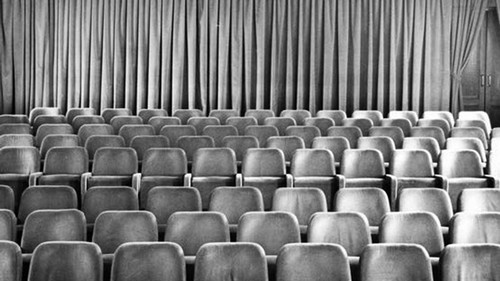 As part of the Photobiennale 2018, two new photo exhibitions bring the Italian artists Chiara Caselli and Mimmo Jodice to Moscow.

You are never too old to go around with a camera and capture a moment, silence, a hidden place. That is what Domenico Mimmo Jodice has done throughout his career, which began in the 1950s in Naples. His Moscow show, Transformations of Vision, combines contemporary ideas with classical style, showing photos taken from the 1980s until 2016. Jodice’s extraordinary energy is reflected in three series on display at the Multimedia Art Museum (MAMM): Attesa (Waiting); Eden; and Transiti (Transits).

“Before becoming a photographer, Mimmo was a painter fascinated with Baroque painting and 18th-century artists, but at the same time he has always been interested in the present. And so he mixes the old and new in his photography. He has always tried to put together his passion for painting with his interest in the everyman who lives a hard life,” Agela Jodice, the artist’s wife, told The Moscow Times.

Jodice has dedicated his career to three themes – still lifes of Neapolitan esoteric characters, photos of sculptures in a church in Naples together with real suffering faces, and empty spaces, empty seashores and empty chairs. “It represents our daily routine, full of feelings, non-communication – Mimmo has tried to described through photography everything that makes us suffer,” Jodice said.

Jodice has exhibited many times around the world, including in Moscow in the Photobiennale 2004, Photobiennale 2006, and Fashion and Style in Photography 2011. See his show to understand the allure of his work in Russia.

Absence, the Light of Memories

“I started taking pictures when I was 12 in Bologna. I went into a darkroom and immediately understood that photography was a form of expression that I needed to use, even when I started my career as an actress,” Chiara Caselli told The Moscow Times.

Absence, the Light of Memories is the title of her exhibition running at the Tonnel Gallery until June 4 and, more important, part of the the evolution of a project Chiara started many years ago, Molly’s Room. Molly is the main character of the final chapter in James Joyce’s novel “Ulysses,” a character that interested Chiara in 2010 when she adapted the Joyce text for a play and later for a short film presented at the Venice Film Festival. It is a long and almost overwhelming flow of consciousness in which the protagonist shapes her thoughts and feelings about men and life, while waiting in bed for Leopold’s return. The photographs on show were taken in Molly’s room, where Chiara Caselli made the short film, and can be seen at the Italian Institute of Culture in Moscow until June 30.

“I had a connection with the project and with the apartment where I shot the short film. Last year I got a call and learned that the house had been sold and that I only had an afternoon to go and see it for the last time. I quickly grabbed a pomegranate, a chair – Molly’s chair – the dress Molly wore on stage, and a small paper garland. I went there and I took pictures,” Caselli told The Moscow Times.

Absence, the Light of Memories, is Molly’s absence in the empty place and Caselli’s attitude toward absence. The photographs are printed on a special cotton paper that give the impression of painted artwork. Absence is the theme of two other series of photos called Motherland and Garden, which were all taken in the countryside where the Italian artist spent her childhood. “When I put these photographs together, I discovered the link among them,” Caselli said.

The exhibitions were organized in collaboration with the Italian Institute of Culture in Moscow.

Absence, the Light of Memories runs through this weekend until June 4 at Tonnel Art Gallery, Stroganoff Academy of Art and Industry. 9 Volokolamskoye Shosse. Metro Sokol. mghpu.ru