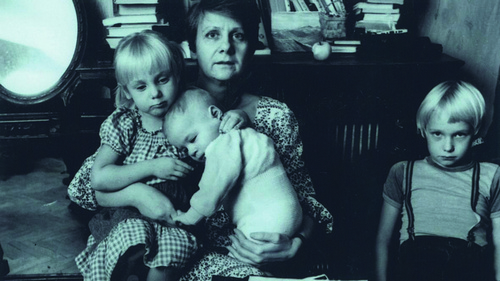 Lyudmila Petrushevskaya, one of the most acclaimed Russian writers and truly a “living legend,” turned 80 years old in May. To celebrate this important anniversary, the Moscow Museum of Modern Art (MMOMA) mounted a show about her life and times.

In the west she’s primarily known for her publications in The New Yorker and bestselling collection of “scary” stories “There Once Lived a Woman Who Tried to Kill Her Neighbor’s Baby,” which received the World Fantasy Award. The New Yorker compared Petrushevskaya’s work with Edgar Allan Poe’s. She is also famous for her somewhat eccentric musical Cabaret Noir performances, which she has performed not only in Russia, but in New York’s most famous Russian restaurant, the Russian Samovar.

The exhibition is called “Petrushestviye” in Russian, which sounds like the writer’s name combined with words “sumaschestviye” (craziness) and “puteshestviye” (journey). “The exhibition’s title partly conveys its concept,” curator Anna Narinskaya told The Moscow Times. “Petrushevskaya’s real life, represented by documents, manuscripts and artifacts, is immersed in the atmosphere of her works. By combining the real and fantastic, just like Petrushevskaya does in her stories, we show how these texts, their mood and their particular universe exist in today’s world, proving to be very much in sync with it.”

Narinskaya is better known as a literary critic and writer than a curator, but two years ago she curated the extremely successful exhibition entitled “200 Hits per Minute,” dedicated to “typewriters and their writers” – in that order – and acquired a reputation for knowing how to put together literary exhibitions. And so Narinskaya was approached to curate the exhibition for Petrushevskaya’s 80th birthday.

“I consider Petrushevskaya an outstanding writer and a remarkable figure in general. I’m not at all an expert in her work. For me the important thing is the impression her texts leave with the reader, the atmosphere she immerses the reader in. That’s what the exhibition is about, in a nutshell – this atmosphere,” Narinskaya said. “Of course, for help we invited a true Petrushevskaya expert – Elena Rybakova, who’s written several articles about her,” she added.

The entrance hall is devoted to the writer’s turbulent, but in many ways typical, biography. She was born in 1938 in a family of prominent Bolsheviks, who lived in Moscow’s Metropol Hotel. They soon fell victim to the Stalin’s purges, and Petrushevskaya’s family became “enemies of the people.”

When she was a child, Petrushevskaya moved to Kuibyshev (today’s Samara) with her mother and several other relatives, where they lived in the kinds of communal apartments that so often appear in her stories. Her family was allowed to move back to Moscow only when she was nine.

Petrushevskaya studied journalism at Moscow State University and began writing prose and plays when she was in her thirties. Although Petrushevskaya was hardly ever published during the Soviet era, since the 1980s her work has been translated into 30 languages. Part of the exhibition is also devoted to her work as one of the co-writers for the famous award-winning animated film “Tale of Tales,” directed by Yuri Norstein.

Petrushevskaya agreed to lend MMOMA a lot of personal items – practically her whole office and some of the paintings from her private collection. She also agreed to have her comments about these items recorded. These recordings are part of the installation, which looks a replica of her home office. Petrushevskaya did not participate in the development of the exhibition’s concept in any way. “We agreed in advance that we needed a detached view,” Narinskaya noted.

Petrushevskaya’s memorabilia is juxtaposed with the works of contemporary artists. “I selected them together with Katya Bochavar, the exhibition’s designer, based on how they “rhymed” with our concept and the premises where the exhibition is held. Only two works were made especially for the exhibition: audio theatre pieces by Brusnikin’s Studio and the installation by Mish-Mash. The rest we found at different museums, mostly MMOMA and the Russian Museum in St. Petersburg,” said Narinskaya.

The exhibition runs till July 22. 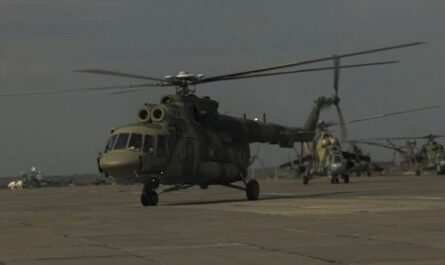