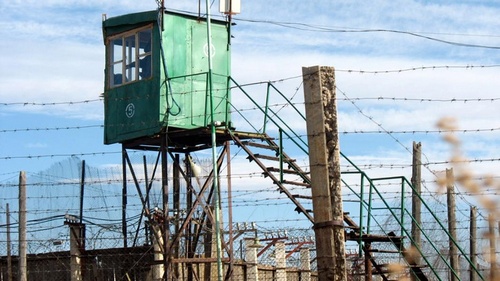 Thousands of imprisoned Russians can expect an early release under a new law that would count time spent awaiting trial towards a jail sentence.

The penal reform signed into law on Tuesday has been in the works for 10 years, and equates the amount of time spent in pretrial detention with time served in an array of Russian penal institutions.

Russia Cuts Prison Financing in Half

One day in pretrial detention is equal 1 and a half days spent in a penal colony, where prisoners perform manual labor as part of their sentence. Almost half a million people were housed in 700 penal colonies as of June 1, official data shows.

For prisons placed in remote areas where inmates are free to roam under the watch of guards, two days in pretrial custody will equal one day behind bars. There are 126 prisons housing more than 35,000 people.

There will be no changes in how pre-trial detention impacts time served for those sent to regular or maximum-security prisons, which house more than 3,000 convicts.

Lawyers estimate that tens of thousands of prisoners can now expect an early release. The bill’s co-author, Alexander Khinshteyn, placed the figure as high as 100,000.

Another co-author, Pavel Krashennikov, used an enthusiastic slang word to describe the impact of the bill to the the parliamentary paper of record Parlamentskaya Gazeta in June.

“The law… is several times doper than any amnesty,” Krashennikov said when the bill passed its third reading. “This law has retroactive powers, so it is universal.”

Art and Sports Mix Beautifully at the Tretyakov Gallery

“Muscovites will not be treated”: travelers refuse to serve by compulsory medical insurance