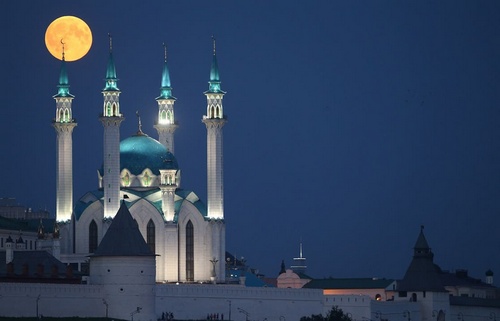 Stargazers across Russia were in for a treat on Friday night when a blood-red moon moved into Earth’s shadow for the longest lunar eclipse of the 21st Century.

From the Kremlin to Kazan, thousands of people turned their eyes to the stars to watch the moon, which turned dark before shining orange, brown and crimson in the shadow.