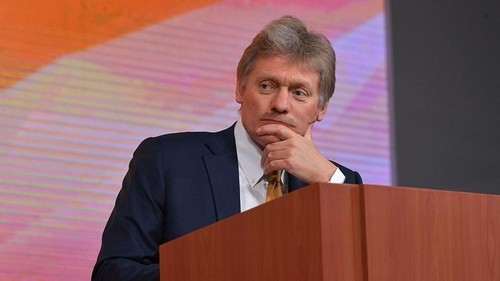 The Kremlin said it will not intervene to pardon jailed Ukrainian filmmaker Oleg Sentsov, who has been on an indefinite hunger strike for a month and one week seeking the release of Ukrainian political prisoners.

Sentsov is serving a 20-year sentence in Russia on charges of plotting terrorist attacks in the Crimean peninsula annexed by Russia from Ukraine. A number of high-profile figures, including novelist Stephen King and several Russian celebrities, have called on the Kremlin to release Sentsov.

“Public resonance can in no way affect the Russian court decision that has entered into force,” Kremlin spokesman Dmitry Peskov told the RBC business portal Tuesday.

His comments largely echoed President Vladimir Putin’s remarks, who said at his annual call-in show this month that he has “not yet thought” about exchanging Sentsov for Russian prisoners in Ukraine.

“You do know that there’s a pardoning procedure initiated by the convict himself,” RBC reported, quoting Peskov.

Sentsov’s lawyer Dmitry Dinze said he would visit the Crimean film director in the northern Russian penal colony on Thursday, and ask Putin for clemency.

“I don’t know how he’ll respond,” he told the Govorit Moskva radio station.

Meanwhile, police in Moscow have detained Teatr.doc theater actors, along with several activists, for handing out English, French and Russian-language #FreeSentsov leaflets to World Cup fans near the Kremlin on Monday.

100,000 Pilgrims March in Memory of the Romanovs on the Centenary of Their Execution