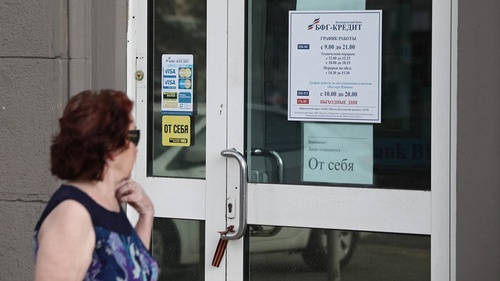 Months of lackluster savings outpaced by bank loans means more and more Russian households are expected to live out this year in debt, analysts say.

Debt outpaced bank savings between January and May 2018, the Russian Presidential Academy of National Economy and Public Administration (RANEPA) and the Gaidar Institute for Economic Policy said in a report released this week.

“Households are transitioning to a credit consumption pattern, which is quite natural with stagnant incomes,” the report found from an analysis of 2018 social and economic trends.

In the five-month period, savings grew at one of their slowest rates over the past few years (1.3 percent), while debt increased by 7.1 percent, RANEPA and Gaidar Institute found.

The debt-to-annual-income ratio risks surpassing the 25 percent it reached in 2014, when Russia was hit with Western sanctions over the crisis in Ukraine and collapsing oil prices.

Russians are forced to go into debt as incomes stagnate and savings near their lowest share in 18 years, Bloomberg reported last month.

All deposits below 1 million rubles ($15,700) remained the same or decreased in volume between January and March, the news agency cited official data as saying.

The RANEPA and Gaidar Institute report also warned that reduced long-term migration could lead to the first population decline in Russia since 2009.