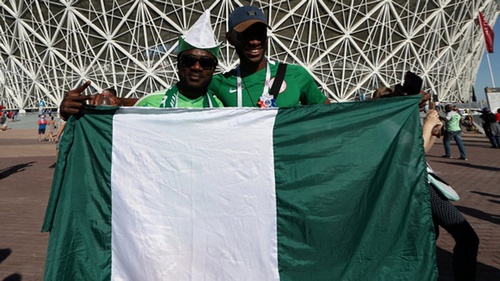 A football fan from Nigeria has reportedly requested political asylum in Russia, citing fears of political persecution in his home country.

Human rights groups say it is difficult for asylum seekers to obtain refugee status in Russia, with only 582 people admitted as refugees in 2017, the lowest number in the past decade. Since the World Cup began, dozens of people who entered Russia using World Cup fan identity documents have attempted to enter neighboring European countries and request asylum.

The 31-year-old citizen of Nigeria arrived to Russia for the World Cup before asking police in the Perovo district of Moscow for political asylum, the RBC news agency reported, citing an unnamed police source.

“The man said that he had participated in anti-government protests in his country and that his life was currently threatened by Nigerian government forces,” the police source was cited as saying.

The asylum request has been transferred to a local migration services branch of the Interior Ministry, RBC reported.

According to Russian law, political asylum requests are granted by presidential decree.