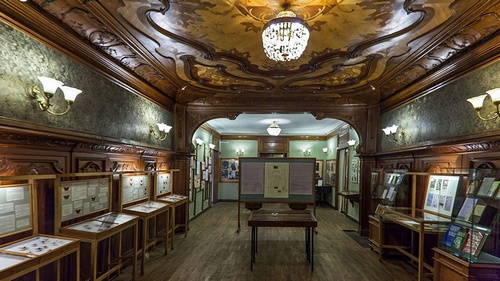 Why did physiologist Ivan Pavlov, the scientist who discovered the reflex reaction, keep icons in his house? Why did Fyodor Dostoevsky, like many of his characters, change his apartment every couple of years?

The apartment museums of some of St. Petersburg’s most famous residents- poets and writers, composers, singers, scientists and politicians-offer important insights into the city’s history, not just the dwellers’ lives. They show the character of the times, as well as the environment and the society around them. Moreover, many of them now host concerts, performances, lectures and master classes. 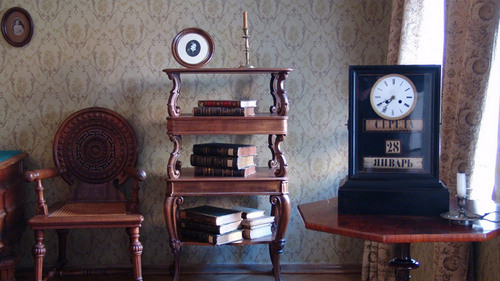 This apartment was home to the Nobel laureate physiologist Ivan Pavlov for 18 years. Three rooms of the spacious six-room apartment were preserved in their original state by the scientist’s widow and daughter, who founded the museum in 1949. You will see Pavlov’s study and his library, his fabulous collection of the 19th century Russian paintings and a collection of insects. Do not be surprised by the icons in the scientist’s bedroom. Although the man who discovered the reflex reaction was not devoutly religious, he attended Orthodox Church on its main holy days and even appealed to the Soviet government to stop destroying churches. Three other rooms display other personal and professional memorabilia and host scientific lectures. The building itself is well known. Nicknamed “The Academics’ House,” it once served as the home of a total of 80 members of the Russian Academy of Sciences. It was built by the decree of Peter the Great specifically for the Academy. Its facade bears nearly 30 memorial plaques. The museum can be visited by appointment and only in a group. 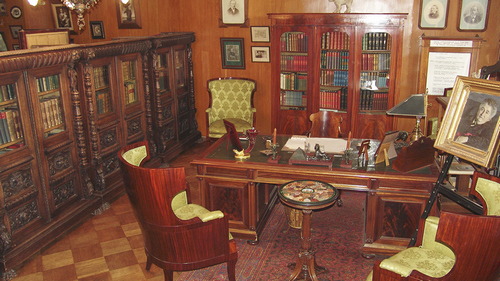 Perhaps the most popular apartment museum in St. Petersburg is the Alexander Pushkin Memorial Apartment Museum. Russia’s most worshipped poet moved into this 11-room apartment with his family in September 1836. Only four months later he died here after a mortal wound in his duel with Georges D’Anthes. Pushkin’s deathbed, a lock of his hair and his death mask are on display here.

This imposing three-story mansion has been richly described by Vladimir Nabokov in his autobiographical novel “Speak, Memory.” It was here that the author of “Lolita” was born in April 1899. He referred to this place as his only home-and it was true: Nabokov and his family never owned a home after their departure from St. Petersburg in 1917 following the Bolshevik Revolution. A must visit for all Nabokov lovers, the museum does not have a rich collection, but it does plunge you into the atmosphere of many of Nabokov’s works. 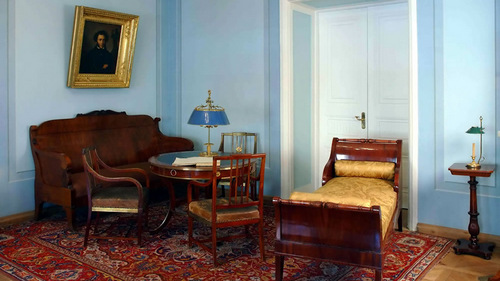 When the legendary Fyodor Chaliapin left his apartment in 1922, the trip was declared a foreign tour but effectively ended as a politically-charged emigration. Every day these walls hear the voice of the basso profundo, whose renditions of Mephistopheles, Boris Godunov and Don Quixote are still regarded as iconic. The museum contains a collection of recordings that are played during every excursion. One of the halls represents a copy of the singer’s dressing room at the Mariinsky Theater. Tastefully furnished, decorated with a number of the singer’s portraits made by such Russian artists as Kustodiev, Golovin and Korovin, the atmospheric apartment is a beautiful example of a turn-of-the-century St. Petersburg bohemian home.

Visitors are often surprised by the modesty of Sergei Kirov’s apartment. It is ascetic, presenting a sharp contrast to the luxurious private houses of the country’s leading politicians of today. One of the leading Bolshevik politicians and head of the city’s Communist Party Committee, Kirov received this flat from the Soviet government in April 1926 and lived there with his wife until his assassination in December 1934. The murder of the politician, who was seen as a martyr by Soviet historians, marked the beginning of mass repressions and deportations. This apartment, visited by Stalin and the most prominent politicians of the time, makes for one of the best museums for documenting the Stalinist period. One of the rooms copies Kirov’s office at Smolny. An impressive interactive display in a maid’s room illustrates the system of food distribution in the 1930s, when ration cards were used to distribute scarce supplies among the starving population.

Composer Nikolai Rimsky-Korsakov, who created some of the most famous and beloved Russian operas and ballets, was a most hospitable host. His apartment was a cultural center in its own right. His “Korsakov’s Wednesdays” parties gathered up to 100 people, with composer Sergei Rachmaninoff and artist Mikhail Vrubel being among the most frequent guests. The apartment, where the composer lived for 15 years and created 11 of his 15 operas, is rich in memorabilia, has a cozy atmosphere and features a small concert hall, which hosts a concert every week. 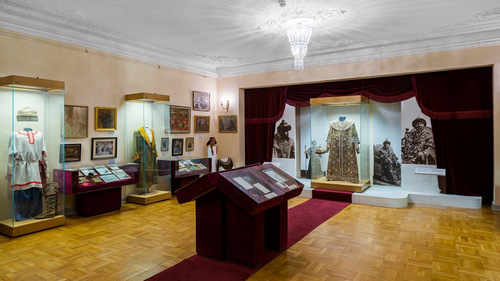 This building was Fyodor Dostoevsky’s last address in St. Petersburg. He lived here from 1877 until his death in 1881. The author of “The Brothers Karamazov” and “Crime and Punishment” spent most of his life in Russia’s northern capital. Like many of his characters, he changed his apartments often: While in St. Petersburg, he moved flats more than 20 times. The heart of the museum is the writer’s study, which was meticulously reconstructed according to a photograph made after Dostoevsky’s death. The study contains a wealth of personal memorabilia, such as the family icon, books, a wallet and a pillbox. The clock, which belonged to Dostoevsky’s brother Andrei, shows the time of the writer’s death. The museum has a small theater that often organizes programs, performances and literary evenings.

‘You can’t sit with us’: how Mean Girls and gifs became part of global diplomacy