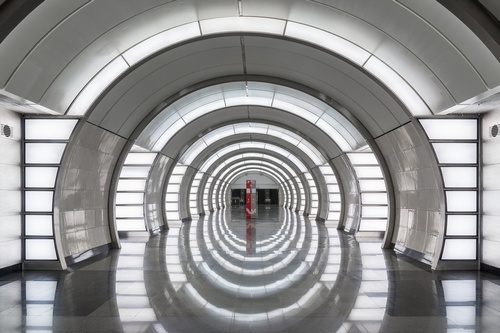 Visitors to Moscow are sure to be struck by the architectural grandeur of its richly decorated metro stations and avant-garde buildings. But without a proper guide, those visitors might miss the greater meaning behind these masterpieces. A series of maps by Blue Crow Media provides the key.

“Moscow Metro Architecture & Design Map” was published in June, following the publication of “Constructivist Moscow Map” in 2016. Both enormous folding maps are curated in early-Soviet avant-garde style, with bold red typography and atmospheric photographs. This design transports the navigator back to the period in question, when the Soviet Union enjoyed an architectural golden age.

“I studied in Moscow in the early 2000s and fell in love with the city’s architecture and metro,” Derek Lamberton, founder of Blue Crow Media, told The Moscow Times. “The guidebooks I had 15 years ago were still Soviet-published, and although the content was occasionally high quality, the formats and materials were certainly not.” 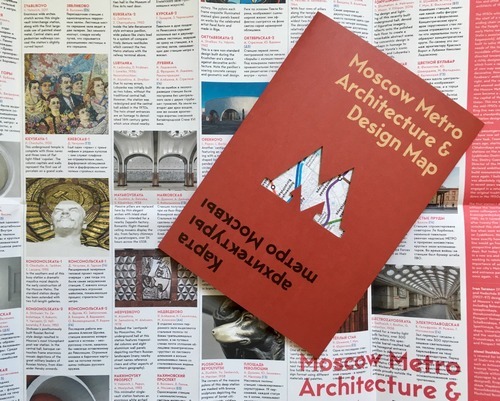 The new maps fill this gap with visually interesting, comprehensible maps and texts written by the best specialists in their fields. Featuring both English and Russian texts, the maps are accessible to both the curious tourist and the local Moscovite rediscovering their architectural history. Architectural historian Nikolai Vassiliev was in charge of the “Moscow Metro Architecture & Design Map,” while Natalia Melikova, photographer and founder of The Constructivist Project, compiled “Constructivist Moscow Map.”

“Both the Constructivist Moscow Map and the Moscow Metro Architecture & Design Map were opportunities to make editors Natalia Melikova and Nikolai Vassiliev’s expertise available to everyone in an affordable, original and well-designed format,” Lamberton explained.

“Moscow Metro Architecture & Design Map” highlights 43 notable stations out of Moscow’s total 214. The construction dates of the stations range from 1935 to 2016, spanning the “Palaces of the People” of the 1930s, the standardization of design in the 1950s and the return to monumental architecture since the 1990s. 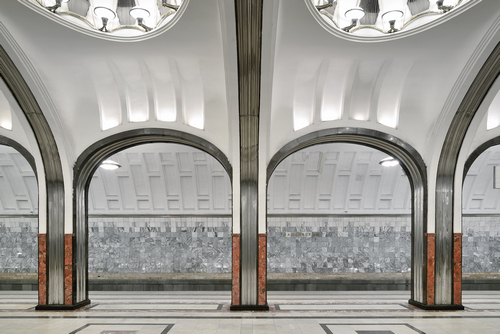 One of the “Palaces of the People,” Mayakovsky station was constructed in the Futurist style in 1938.

Nikolai Shumakov, a modern-day metro architect and president of the Moscow Union of Architects, provides a forward to the map. His preface briefly explains Moscow metro history and the chief architects that designed and built them.

These start with the “Palaces of the People,” the city’s first metro stations. This was a Stalin-era effort to build luxurious stations that would become “a symbol of the capital of the Soviet Union,” according to the guide. Featured among these palatial platforms are the historical mosaics in Kievskaya and Komsomolskaya stations, the elegant pillars of Mayakovskaya station and the lucky bronze sculptures of Ploshchad Revolyutsii. There’s also Kropotkinskaya station, the remaining vestibule of the planned Palace of the Soviets skyscraper that was never built, and Chistye Prudy station, which served as the Soviet Moscow Air Defense Forces headquarters during World War II.

For the more standardized Khrushchev-era stations, Vassiliev focuses on the stunning exceptions. There’s the luxurious Arbatskaya station, dripping with white chandeliers and intricate carving and called “the most richly decorated and longest station in Moscow,” along with Oktyabrskaya station, notable for its very 1960s geometric color scheme. 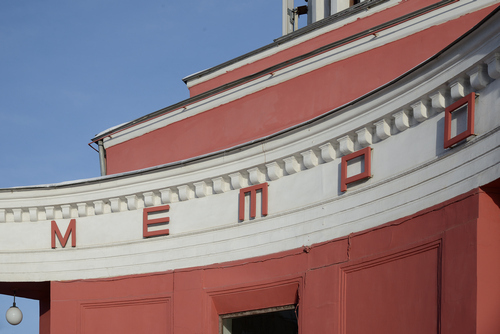 Built in 1953, Arbatskaya functions as both a metro station and a bomb shelter.

Finally, the map also dips into the more notable stations built in recent years. In his forward, metro architect Shumakov explains that beginning in the mid-1990s, architects “engaged in a return to the original traditions laid down in the 1930s.” There’s the futuristic Fonvizinskaya station, built in 2016 and seemingly straight out of “2001: A Space Odyssey.” Equally striking are 2011’s Zyablikovo station, which features the first large-scale use of painted sheet metal, and 2010’s Dostoevskaya, illustrated with shadowy depictions of scenes from Fyodor Dostoevsky’s works.

Each metro station highlighted in the guide is listed with the dates of construction and primary architects, along with grid numbers that correspond to the large metro map on the reverse side of the large paper, allowing easy navigation of the underground network. 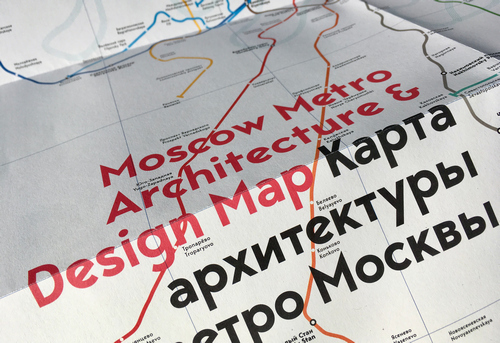 Featured stations correspond to a grid, allowing readers to explore the metro with map in hand.

Blue Crow Media is planning to release a third map on Moscow’s 20th-century architecture in 2020. Both the “Moscow Map of Architecture & Design” and “Constructivist Moscow Map” can be found at a number of bookshops in Moscow including Respublica, Falanster and Khodasevich, at independent bookshops around the globe and online at https://bluecrowmedia.com/products/moscow-metro-architecture-design-map.

Would or wouldn’t: how Trump’s claim he misspoke unleashed a meme-fest