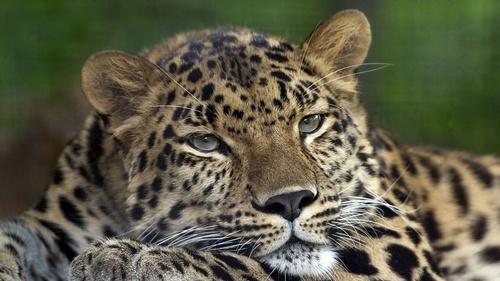 Russia is coordinating efforts with China to monitor the population of a rare leopard that was on the brink of extinction in the late 1990s, according to a recent report on the results of conservation endeavors.

The wild Amur leopard subspecies is only known to reside in Russia’s Far Eastern Primorye region and northeast China’s Jilin province. The numbers of the solitary big cat dwindled to approximately 30 in the early 2000s before increasing to 70 in 2015 after international conservation efforts.

A team of scientists from Russia, China and the United States used cameras set up in the forests of Primorye and Jilin to report that the total population of the Amur leopard grew to 84 adults this year. Their findings were published in June in the Conservation Letters journal.

“This first rigorous estimate of the global population of the Amur leopard represents an excellent example of the value of international collaboration,” the report’s co-author Dale Miquelle wrote last week.

The researchers touted Chinese-Russian efforts, which include a coordinated transboundary monitoring agreement, as a “first step in building trust” for future conversations efforts and “a rarity anywhere in the world.”

“Today’s news is the most hopeful in many years for the sleek species and proof that concerted action can work to recover a seemingly lost wild species,” The Siberian Times wrote this spring, when the data from the Russian side of the border was first published.