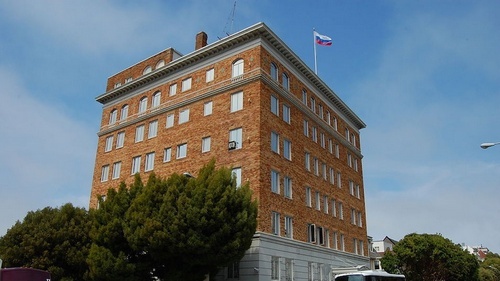 Russia’s Foreign Ministry has issued a diplomatic protest note to the U.S. State Department for its closure of several Russian foreign policy consulates and missions that have marked increasing tensions between the two nations in the past several years.

The United States has shuttered Russian consulates, seized diplomatic compounds and expelled dozens of Russian diplomats in response to allegations against Russia of interference in the 2016 U.S. presidential election and involvement in the Novichok nerve agent attack in Britain.

Russia’s Foreign Ministry issued the protest note in response to what it said was the “continuing breach of international law by the United States with regard to the diplomatic missions and consular posts of the Russian Federation,” according to an online statement published Friday.

Separately, Moscow said it drew the UN’s attention to the dispute, which it argued “goes far beyond Russian-U.S. bilateral relations and affects the interests of the entire international community.”

The note requested that the State Department clarify the current status of the closed consulates, detail measures taken to safeguard the property and list all individuals who entered the missions without the consent of the Russian government.

Belousov: oil workers will not be attracted to work on investment development