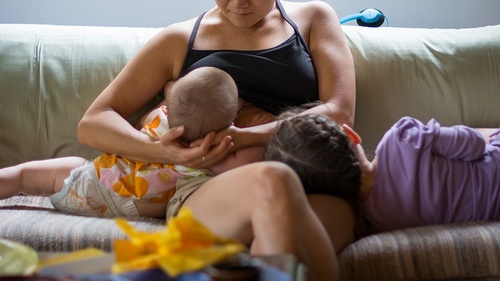 Russia saved a UN-affiliated resolution to encourage breastfeeding despite efforts by the U.S. to thwart its adoption.

The U.S. tried to derail a pro-breastfeeding resolution in the UN’s World Health Organization to serve the interests of formula makers, The New York Times reported over the weekend.

Citing dozens of unnamed delegates from several countries who participated in the deliberations this spring, the newspaper reported that U.S. representatives warned they would unleash punitive trade measures on Ecuador if it introduced the resolution.

“It was the Russians who ultimately stepped in to introduce the measure – and the Americans did not threaten them,” The New York Times reported.

An unnamed Russian delegate to the deliberations in Geneva was quoted as saying “we’re not trying to be a hero.”

He also said Russia did not receive direct pressure from Washington to back off from the measure, while fear of U.S. retaliation kept other Latin American and African countries from introducing the resolution.

An anonymous U.S. Department of Health and Human Services spokesman said the original draft of the resolution created “unnecessary hurdles” for mothers who are unable to breastfeed and need alternatives to feed their children.

But the head of the British advocacy group Baby Milk Action, Patti Rundall, compared the U.S. position to “blackmail, with the U.S. holding the world hostage and trying to overturn nearly 40 years of consensus.”

For the unnamed Russian delegate, the issue was a clear-cut case of a powerful country abusing its influence.

“We feel that it is wrong when a big country tries to push around some very small countries, especially on an issue that is really important for the rest of the world,” the delegate told The New York Times.

Venice Comes to the Pushkin Museum