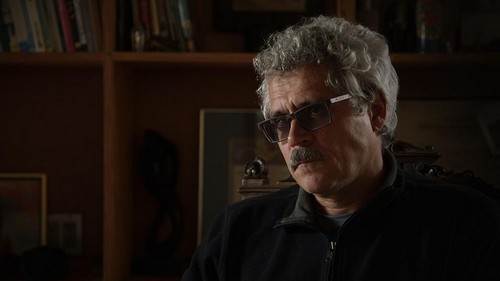 Russian former anti-doping chief-turned-whistleblower Grigory Rodchenkov said on Thursday that one player in hosts Russia’s provisional World Cup squad had raised suspicions but he expected the tournament to be clean.

Speaking by Skype from an undisclosed location in the United States, with his head covered by a balaclava and heavy-framed glasses, Rodchenkov said football was very different to other sports tainted by doping scandals.

“I know it will only be foreign doping control (at the World Cup),” he told a Sports, Politics and Integrity conference in London.

“It should be clean in terms of this one month of competition in Russia, because there are controls and for such a major event WADA (the World Anti-Doping Agency) has a special team of independent observers.”

World football’s ruling body FIFA has said Russians will not be involved in drug-testing and all tests from the World Cup will be sealed and taken to Switzerland.

FIFA has also declared Russia’s squad to be free of doping, although investigations into several players unrelated to the tournament were continuing.

“I looked through the names of the soccer players involved in the Russian national team squad…I could find only one name (from samples identified by WADA). The others are very much new for me,” said Rodchenkov.

It was not clear whether Rodchenkov, whose video link was sometimes of poor quality, was speaking about someone in the squad cleared by FIFA or on an earlier list of potential players.

Rodchenkov’s revelations about doping at the 2014 Sochi Olympics led to the suspension of Russia’s anti-doping agency RUSADA, the country’s athletics federation and Paralympic Committee.

A report commissioned by WADA and compiled by Canadian sports lawyer Richard McLaren in 2016 highlighted a conspiracy to conceal positive drug tests over a five-year period. Football was among more than 30 sports involved.

Rodchenkov said samples from 34 footballers from all levels had been highlighted by McLaren and sent to FIFA, who had sent him a list of some 60 questions which he had answered.

Russia has acknowledged some findings of the McLaren report but has denied the existence of a state-sponsored doping programme.

Rodchenkov suggested the role of agents and others whose livelihoods depended on highly-paid players made doping less likely in football.

“I knew that they try to keep them clean because they are afraid any doping case will ruin the career of the entourage of a particular player,” he said.

“In contrast to an (Olympic) athlete, any positive case and the entourage survived and continued their bad work.”

Last Western Hotel Chain Pushed out of Crimea by Sanctions