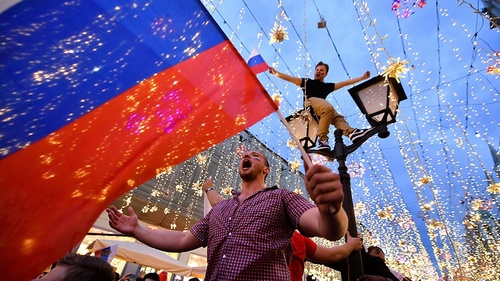 Russians across the country are elated with their team’s unexpected victory over Spain in the World Cup round of 16 on Sunday. Russia won the game in a tense penalty shootout after overtime ended in a 1-1 draw. Before the game, critics and fans alike expected the match to be the end of the road for the national team. Now Russia will be heading into the quarterfinals for the first time since 1970.