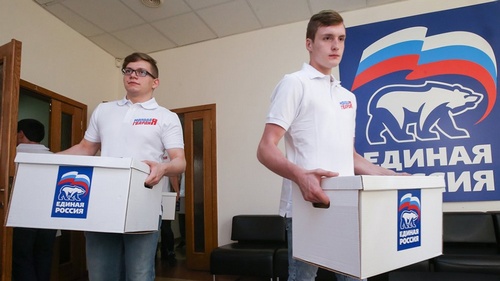 The ruling United Russia party has seen its approval rating fall to levels not seen since anti-Kremlin protests in 2011 as disgruntled Russians continue to rally against government plans to raise the retirement age.

United Russia deputies in the State Duma expressed near-unanimous support this month for a controversial bill to raise the retirement age by 2034. Disgruntled Russians took to the streets in 30 cities over the weekend to express opposition to the legislation, which deputies vowed to amend and advance this fall.

The number of Russians who said they would vote for United Russia in the nearest elections dropped to 37.1 percent, from around 50 percent earlier this year, according to a survey by the state-funded VTsIOM pollster taken days after the Duma vote.

According to VTsIOM’s weekly questionnaire, the ruling party’s approval rating began to fall this spring and dropped further in the weeks following Prime Minister Dmitry Medvedev’s announcement of the retirement age hike on June 14.

Glitz and Gossip at the Bakhrushin Theater Museum