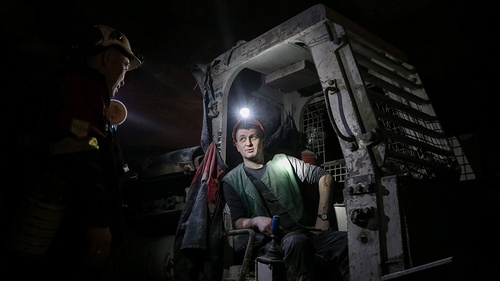 Dozens of miners in Siberia have declared a hunger strike to demand compensation for over 35 million rubles ($557,000) in unpaid wages, the state-run TASS news agency reported Tuesday.

Miners at the Darasun mine in the Zabaikalsky region went on strike on at least three occasions in 2017 over unpaid wages. The mine was sold to Uryumkan LLC in 2017 after the previous owner, Russian billionaire Konstantin Strukov, deemed it unprofitable.

The local governor’s office said the mine’s parent company had failed to pay its employees because of debts it owed to Promsvyazbank, a private lender bailed out by the central bank last year.

“The management of the Uryumkan group of companies Darasun’s parent company isn’t coping with obligations to the bank,” the Zab.ru news website cited the governor’s office as saying.

A task force has been set up to resolve the dispute, it added.

The striking miners said they would spend the night in front of the mining company’s administrative building and would only drink water, Interfax reported.

Aeroflot will fly more often to Phuket and to Dubai