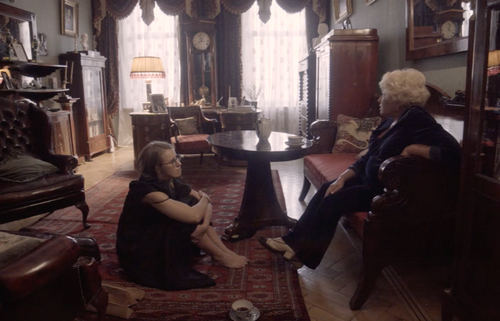 Ksenia Sobchak, recent presidential candidate, TV host and socialite, and director Vera Krichevskaya, known for her documentary about Boris Nemtsov’s life “The Man Who Was Too Free,” just released a film about Sobchak’s father Anatoly Sobchak, a controversial liberal democratic politician and the first mayor of St. Petersburg. The Russian title is “Delo Sobchaka” (Sobchak’s Case), but the English version is simply “The Case.”

Sobchak co-wrote the script and did most of the interviews, including those with her mother, Federation Council member (senator) Lyudmila Narusova, and President Vladimir Putin. In the film, Sobchak always calls her father “Daddy” and Narusova “Mom,” which lends a certain level of intimacy, but at the same time reminds the viewer that there are, of course, questions about the film’s impartiality.

History of a Scandal

Anatoly Sobchak rose to prominence in the final years of the Soviet Union when he was elected as an independent candidate to the Congress of People’s Deputies. After the U.S.S.R. collapsed, Sobchak chaired the Constitutional Assembly and is considered one of the fathers of the 1993 Constitution. He served as the Mayor of St. Petersburg from 1991 to 1996, when he lost the election to his deputy, Vladimir Yakovlev. His other deputy at the time was Russia’s future President, Vladimir Putin. A large part of the movie is devoted to the minutiae of these elections.

Ksenia Sobchak’s main objective is to rehabilitate her father, who was accused of embezzling state funds. The charges first appeared during the mayoral election campaign of 1996 and didn’t go away after Sobchak lost. Anatoly Sobchak’s deteriorating health and his premature death in 2000 are usually blamed on these scandals, so it had always been important for Ksenia Sobchak to clear her father’s name once and for all.

This is where the biggest star of the film steps in: President Putin. At the press conference Sobchak said that she reached out to Putin through her mother as soon as she and Krichevskaya started working on the movie. The interview was anything but a certainty. “Vera and I had two versions of the script: with and without Putin’s interview, as we were not sure we’d get it.”

Sobchak was being coy when she said that although “we all live in a very Putin-centric world, that doesn’t apply to our movie. Putin is not the main character in our movie. The main character is time, both the present and the past and the connection between them.” She noted that there are just six minutes of Putin in the movie and he is just one of the witnesses. Krichevskaya added that “there’s no black and white in this story. You simply can’t label any of the characters “good” or “bad.” It’s life as it is, which is a lot more complex than just “black and white.”

Sobchak was surprised by two specific revelations during her interview with Putin. “The first was that he told us the story about helping Sobchak to escape abroad at all. The only time Putin was asked about it, he avoided answering. I knew the story from my mother, but Putin never talked about it.” She’s referring to November 1997, when Anatoly Sobchak was about to be arrested and charged with embezzlement. Putin, in his interview, describes how he helped Sobchak to get on a plane to Paris to avoid arrest.

“The second thing, which is more important to me as a daughter rather than a journalist, is that for the first time in all the decades that have gone by Putin calls Vladimir Yakovlev a traitor. It’s very important. Putin has always avoided answering this question, even though he was asked many times,” Sobchak said at the press conference.

The film, she said, is “about my father and about the anatomy of bullying. It’s about how this injustice that occurred in St. Petersburg in the mid-1990s as well as my father’s mistakes influenced all the Russian politics that came after. Throughout the movie we can see how Vladimir Putin made his own, personal conclusions about everything that happened. He realized that he had to do everything differently. He saw what happens when you lose debates on TV, what happens when there is independent media, how oligarchs needed to be controlled, and so on.”

In the end, “The Case” is a movie made by a daughter about her father, with all the benefits and drawbacks of that familial tie. But it also tells the important story of one of the first and last liberal democrats in Russia, as well as the humble roots of the current Russian president. It is a significant and thought-provoking film, fascinating to watch the story unfold as you compare it to the reality of Russia in 2018.

“The Case” is playing at several movie theaters in Moscow in Russian. The English-language version will be released in the fall. 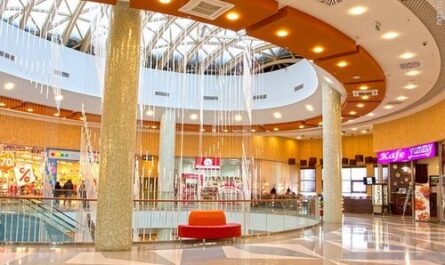 The Seven Worlds of Vladimir Vysotsky