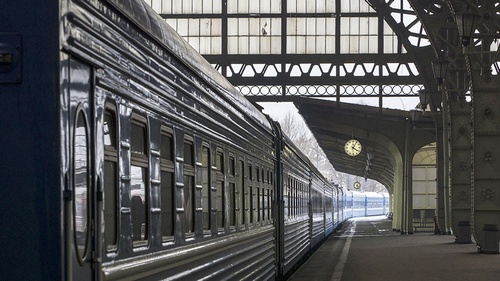 The St. Petersburg city administration has reportedly launched a competition to build a high-speed railway connection to Pulkovo Airport that has been in the works for at least six years.

Located some 20 kilometers from the city center, Pulkovo is currently only accessible by car or by bus. Efforts to establish a rail terminal connecting Russia’s fourth-largest airport to the city center have stalled as investors searched for government support in financing the project.

Pulkovo On Track for Expansion

The St. Petersburg investment committee has placed a 25-billion-ruble ($400 million) tender to connect Pulkovo to one of the city’s four railway stations, the Vedomosti newspaper reported Sunday.

The city is willing to subsidize up to 10 billion rubles in the project, with the chosen investor expected to invest at least 15 billion rubles, according to competition documentation cited by Vedomosti.

The project entails the construction of 8 kilometers of new rail routes to connect to the 16 kilometers that already exist, according to an anonymous St. Petersburg administration official.

Although the St. Petersburg administration has reportedly signed a letter of intent with railroad operator Aeroexpress, Vedomosti cites other companies voicing interest in the auction. These include Russia’s VTB Capital, a shareholder that took part in Pulkovo’s expansion in 2013, and Russia’s VIS Construction Group, which is building a railway connection above the Arctic Circle.

According to the auction page, the bidding will be open between August and October, and the results announced on March 12, 2019.

Experts called the unexpected condition for the stability of the ruble