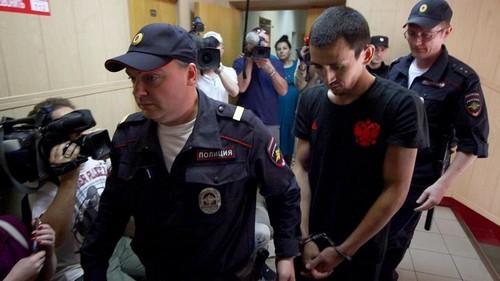 A Kyrgyz taxi driver who drove his car into pedestrians near the Kremlin told a Moscow court on Monday he had mixed up the accelerator and brake pedals because he had not slept for two days before the accident on Saturday.

The driver, Chingiz Anarbek, said he understood his guilt and apologized for injuring people.

According to Russian officials, up to seven people were hurt, including two Mexicans who came to Moscow for the soccer World Cup which Russia is hosting.