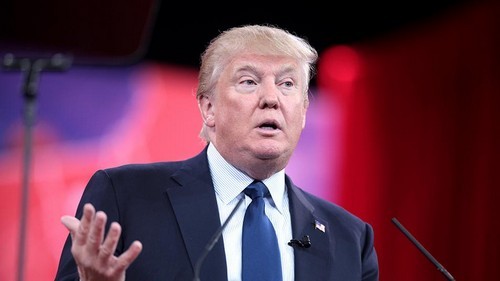 U.S. President Donald Trump said on Friday Russia should also be attending a Group of Seven nations summit, a controversial idea that even Moscow seemed to reject, as he headed for a chilly reception at the meeting in Canada, where other G7 leaders are set to clash with him over trade.

Russia was expelled from what was then called the G8 in 2014 because of its annexation of Crimea from Ukraine. Trump said it should be readmitted, an idea that was unlikely to gain any traction at the G7 gathering, which groups Canada, the United States, Japan, Britain, Italy, France and Germany.

“You know, whether you like it or not, and it may not be politically correct, but we have a world to run and the G7, which used to be the G8, they threw Russia out, they can let Russia come back in, because we should have Russia at the negotiating table,” he told reporters before leaving Washington. 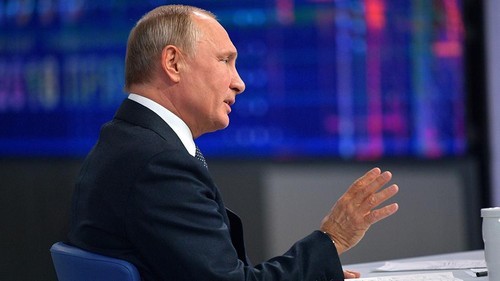 Putin Tells Europe on U.S. Trade Threat: ‘I Told You So’

A senior British government source said that Russia needs to change its approach before any conversation about it rejoining the G7 can begin.

A French presidential source said Trump’s proposal did not seem “coherent” in view of the latest economic sanctions imposed by the United States on Moscow.

“Russia is focused on other formats, apart from the G7,” Kremlin spokesman Dmitry Peskov said in a brief statement reported by the government-controlled Sputnik news agency.

However, new Italian Prime Minister Giuseppe Conte threw his weight behind Trump’s call for Russia to be included, saying in a tweet it would be “in the interests of everyone.”

Trump was heading into a bigger controversy over trade as other G7 leaders, including host Canadian Prime Minister Justin Trudeau, have been angered over Washington’s imposition of tariffs on steel and aluminum imported from allies including Canada and the European Union. 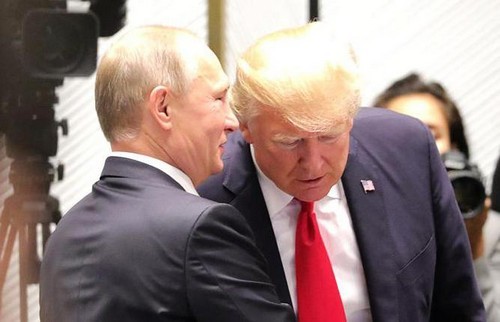 At home, Senate Democratic leader Chuck Schumer poured scorn on the Republican president’s suggestion that Russia should be readmitted to the G7. “We need the president to be able to distinguish between our allies and adversaries, and to treat each accordingly,” he said in a statement.

Trump has periodically called for closer ties with Russia, although his administration’s policy has included strong sanctions against Moscow. While making his suggestion for Russia to be readmitted to the G7, the president said on Friday that he had “been Russia’s worst nightmare.”

Trump’s presidency has been clouded by a federal investigation into Russian meddling into the 2016 presidential election, and possible collusion by Trump’s campaign. Both Moscow and Trump have denied any such activity.

“The president’s support for inviting Russia back into the G-7, just after they meddled in the election to support his campaign, will leave millions of Americans with serious questions and suspicions,” Schumer said.

Trump was scheduled to leave the G7 meeting early on Saturday, to prepare for a summit with North Korean leader Kim Jong Un on Tuesday.

Russians should stock up on potatoes: vegetable vegetables will soon rise in price